As per Coyotes insider Craig Morgan, it appears the Arizona Coyotes are set to name their next head coach. A press conference has been called for Thursday where the team is expected to announce a new hire. Sportsnet’s Elliotte Friedman also seems to believe this is happening as he reported earlier this week in his 31 Thoughts column that the Coyotes had done “a very deep dive” on André Tourigny.

The Coyotes have called a news conference for 11 AM Thursday. Sources tell me they will name André Tourigny as their next head coach. I first noted Tourigny’s candidacy on May 10. There have been lots of talks between the team & the Ottawa 67’s/Hockey Canada coach since then. 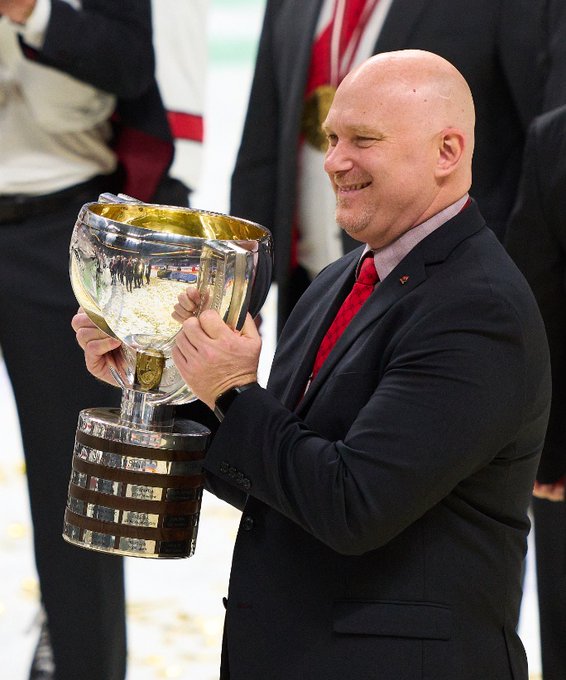 If this turns out to be true, this is going to be seen as a strong pick up for the Coyotes by many. Tourigny has quite the resume heading into a new gig in the NHL. He’s a smart hockey mind and was trusted to work with a number of future NHLers with Team Canada. He has already been named as coach for Canada’s World Junior team for a 2nd straight year and will be an assistant for Canada’s Olympic and World Championship team. His record as the Ottawa 67’s coach is 130-52-16.

That said, there will be some that wonder how he leap-frogged right into a head coaching job in the NHL. He’s served as an assistant before, but never a head coach. With a number of decent coaching candidates available this season, hiring a first-time head coach for an organization that has only made the playoffs once since 2013.

Next: Chicago Blackhawks Reportedly Working With Duncan Keith on Trade