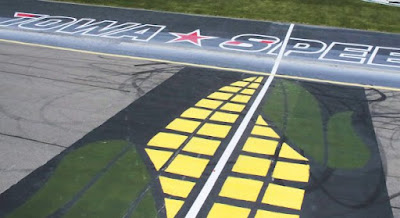 Almost fifteen years have passed since the ARCA Menards Series became the first racing series to compete at what was then a brand-new Iowa Speedway.

With the exception of 2014, the 0.875-mile paved oval in Newton, Iowa, known as “The Fastest Short Track on The Planet” has appeared on the ARCA Menards Series schedule every year since. That tradition continues in 2021.

“It’s the only 7/8-mile race track in the country that I’m aware of,” said Wallace, the NASCAR Hall of Famer and 1989 Cup Series champion who designed Iowa Speedway in the mid-2000s and who will attend Saturday night’s race and participate in an autograph session before he drives the pace car to lead the field to the green flag. “When we designed that track, we made it three different banking angles; I believe it’s 13, 14 and 15 degrees of banking angles. And those particular angles really created side-by-side racing.

“One thing I wanted to do also is, when we designed the track, really bank up the exits of the corners so the drivers when they try to pass can stay leaning on that banking and make the pass instead of coming off the banking and all of the sudden the track falls flat and the pass goes away.

“That’s one of the reasons almost all of the competitors who go there love racing there.”

Hey, this is pretty neat!@RustyWallace and @CoachJoeGibbs will both be joining us for some #ShoreLunch150 pre-race festivities!