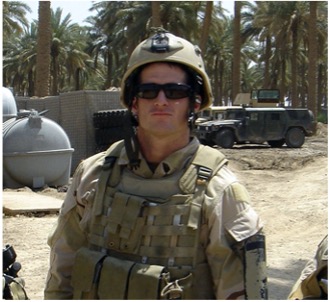 ●  The Memorial Day weekend’s Coca-Cola 600 at Charlotte (N.C.) Motor Speedway is one of the most patriotic events in sports, honoring fallen soldiers who paid the ultimate sacrifice for their country. This weekend, Stewart-Haas Racing (SHR), Smithfield Foods, and Aric Almirola will honor Master-at-Arms Second Class (MA2) Michael A. Monsoor, a Navy Seal from Task Unit Bruiser. Monsoor paid the ultimate sacrifice on September 29, 2006 during operation Iraqi freedom. When a grenade was thrown at the rooftop where he and his fellow sailors were positioned, Monsoor jumped on top of the grenade, absorbing the blast and saving them. Two years later, Monsoor was posthumously awarded the Medal of Honor by President George W. Bush in 2008. The USS Michael Monsoor, the second ship in the Zumwalt class of guided missile destroyers, was also named in his honor.

●  In addition to honoring Monsoor and Task Unit Bruiser, SHR will be showing its admiration for all who have made the ultimate sacrifice and the challenges faced by their families by supporting the America’s Mighty Warriors Foundation. Debbie Lee, after the death of her son and Navy Seal Marc Lee, started America’s Mighty Warriors to honor and support troops, veterans and Gold Star families. The foundation provides programs and therapies that improve quality of life, resiliency and recovery after injury or loss. To learn more, request assistance or to find out what can be done to help, visit www.AmericasMightyWarriors.org.

●  Smithfield Foods celebrates 10 years of partnership with Almirola this season with a special campaign called Taste Victory.As one of the most active partners in NASCAR, Smithfield plans to engage fans all year long by hosting a microsite that provides the opportunity to win when Almirola wins or finishes inside the top-10. When Almirola wins, one fan wins $10,000, and 10 fans win a gift card for each top-10 finish. The microsite also doubles as an Aric Almirola fan page and entertainment source where fans can get behind the wheel of the No. 10 Smithfield Ford with a custom racing game, and learn more about Almirola with fast facts, favorite recipes and custom content about his life on and off the track. Visit www.tastevictory.com to learn more. Thanks to Almirola’s Feb. 11 win in his Duel qualifying race for the Daytona 500, one lucky fan has already won $10,000.

●  Beyond the 10 YouTube Series: In 2021, Almirola continues to share his life beyond the No. 10 Smithfield Ford with season three of his award-winning YouTube series. Fans and media can subscribe on YouTube to see Almirola’s personality on and off the track. Episodes have already featured life as a dad, a husband and an athlete, and it gives fans a unique perspective on what goes on in the life of a professional NASCAR driver. Fans can also follow Almirola’s social media channels: @Aric_Almirola on Twitter and Instagram, and @AricAlmirola on Facebook.

●  The Smithfield Ford team sits 28th in the championship standings with 180 points, 417 behind leader Denny Hamlin.