Carly Waddell gave fans an update on her health after landing in the hospital for a mysterious reason that had estranged husband Evan Bass and fans worried earlier this week.

On Friday, the 35-year-old Bachelor in Paradise alum shared a short message on social media alongside a picture of herself in a stretcher getting rushed to the emergency room. She wrote on her Instagram Story:

“Hi everyone. Thanks so much for your prayers. This was me Monday morning being rushed to the hospital from the airport. It’s a long story I’ll share really soon. I just got my phone back from losing it on an airplane in the midst of a medical emergency.”

“Still not quite sure what is/was wrong. I’ll update you in the next few days. I’m just exhausted.” 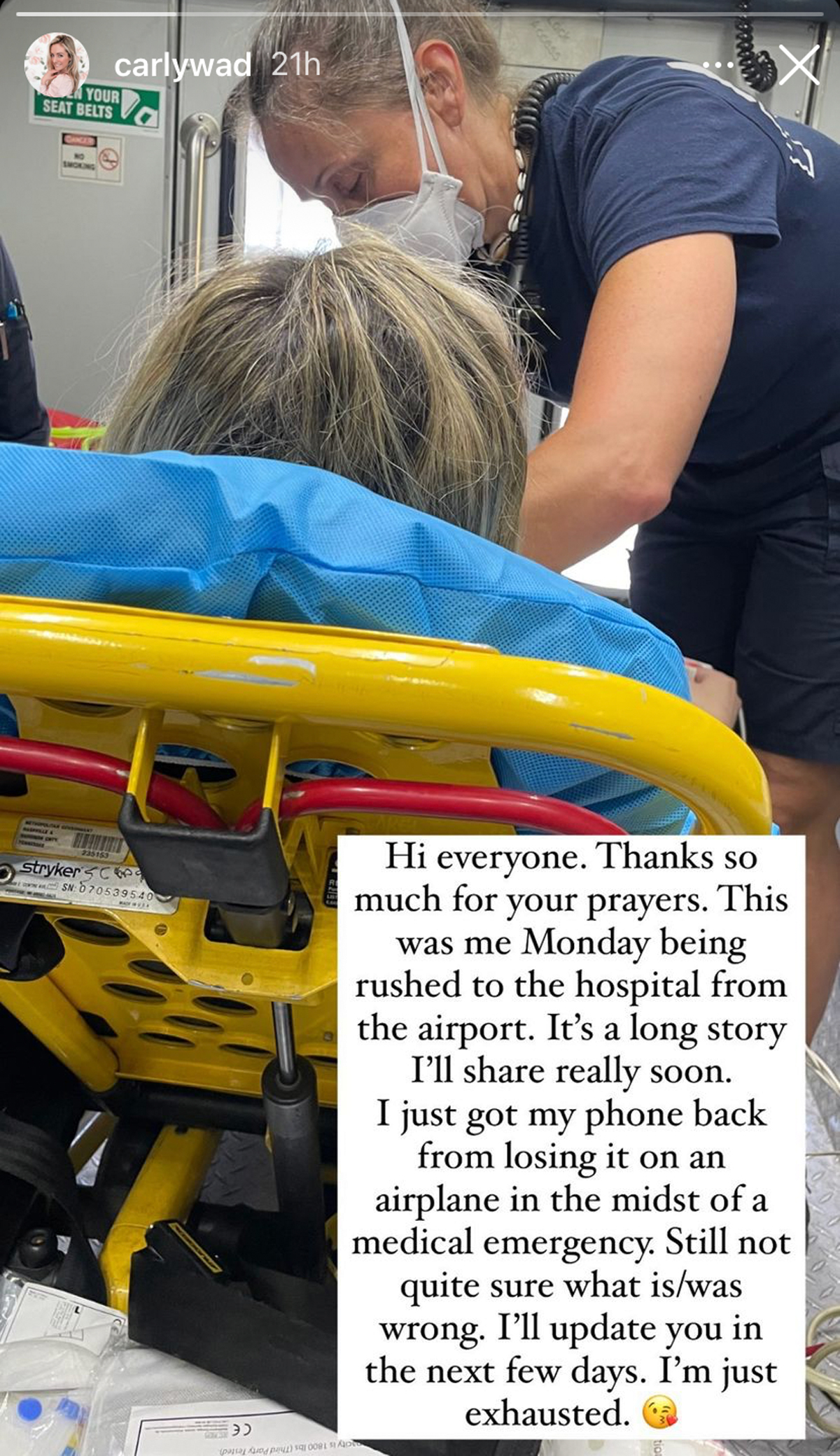 In case you missed it, Bass took to his IG Story a couple of days ago to post a photo of his former partner and revealed she had been taken to the emergency room:

“Carly’s first ambulance ride — she’s gonna be ok and, my goodness, this brings back some memories.”

Fans may recall that medics were called to help him following a night of heavy drinking while the pair were on BIP in 2016. It’s actually what sparked the TV personality’s relationship with Waddell. Later on, Bass hopped online again to thank people for their support and thoughts:

“After 9 hours we left the hospital but she’s still in pretty rough shape and may have to go back, I know y’all wanna know what’s going on but it’s her health and story to tell if she wants to share.”

He also mentioned Carly permitted him to post the photo of her at the hospital, adding:

“In all the madness, she lost her phone and she really needs to rest so it might be a bit.”

As fans may know, the twosome called it quits in December after three years of marriage. They said in a joint statement to People at the time:

“We have made the difficult decision to separate. We will always cherish our time together and continue to have the utmost respect for one another as we focus on what’s best for the future of our family. We greatly appreciate everyone’s love and support and kindly ask that you please respect our family’s privacy as we navigate through this.”

Glad to see Carly has Evan by her side during this scary time. Here’s hoping everything is alright, and they get to the bottom of what’s going on soon.