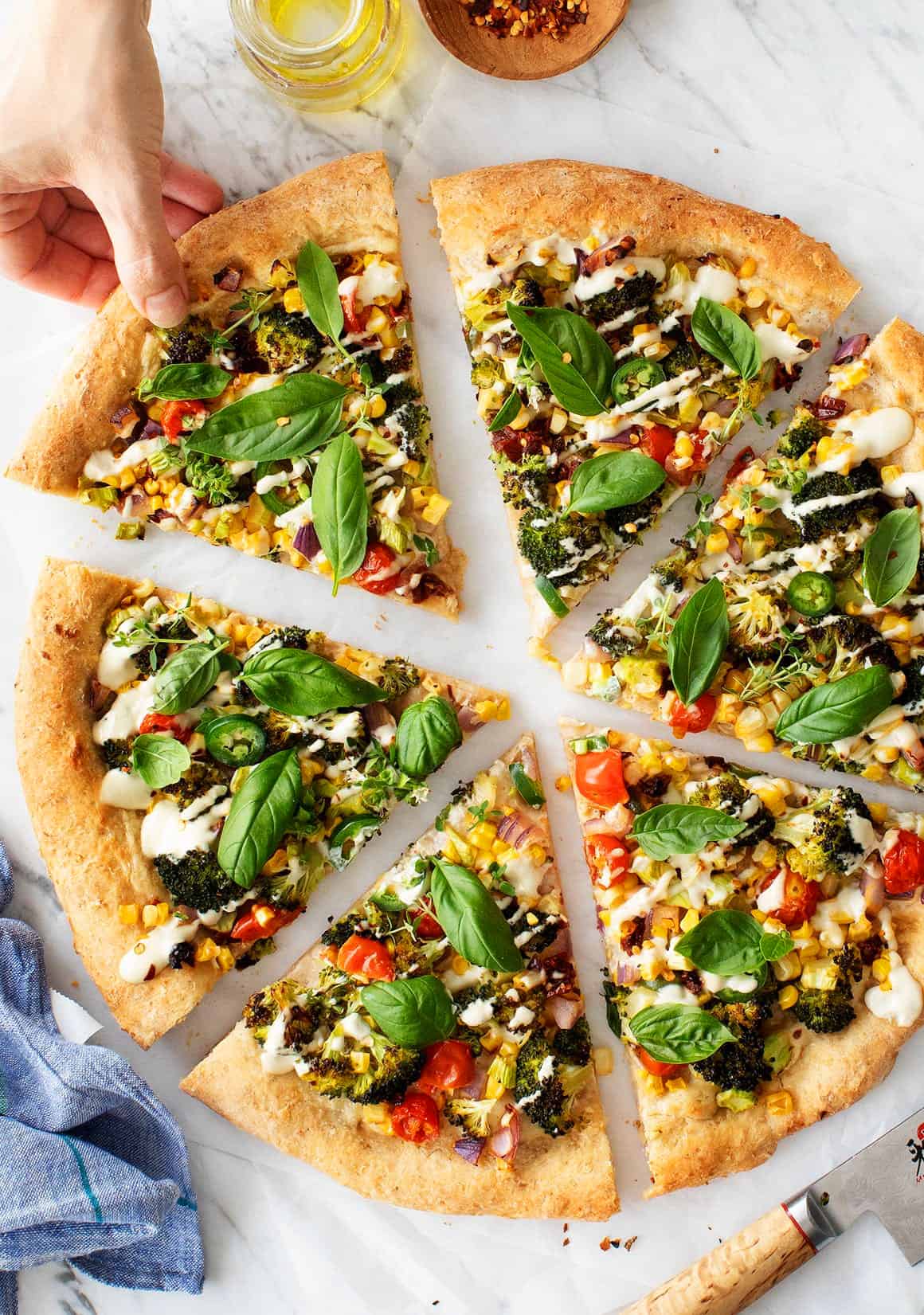 Meet the best vegan pizza recipe! Loaded with broccoli, tomatoes, jalapeño, and creamy cashew sauce, this pizza is flavorful, satisfying, and fun to eat. You’re not even going to miss the cheese! Each veggie adds an interesting flavor and texture, and together, they make a pizza that tastes amazing. The broccoli gets all roast-y toasty, the corn pops with sweetness, the sun-dried tomatoes bring that tangy umami flavor, and the jalapeño brings some spice to this pizza party. The whole thing gets doused in a creamy/savory layer of cashew cream in lieu of any cheese or dairy. It’s a pizza recipe you can feel good about! ?

While the ingredients in this vegan pizza recipe look like a lot, it actually all comes together pretty quickly. 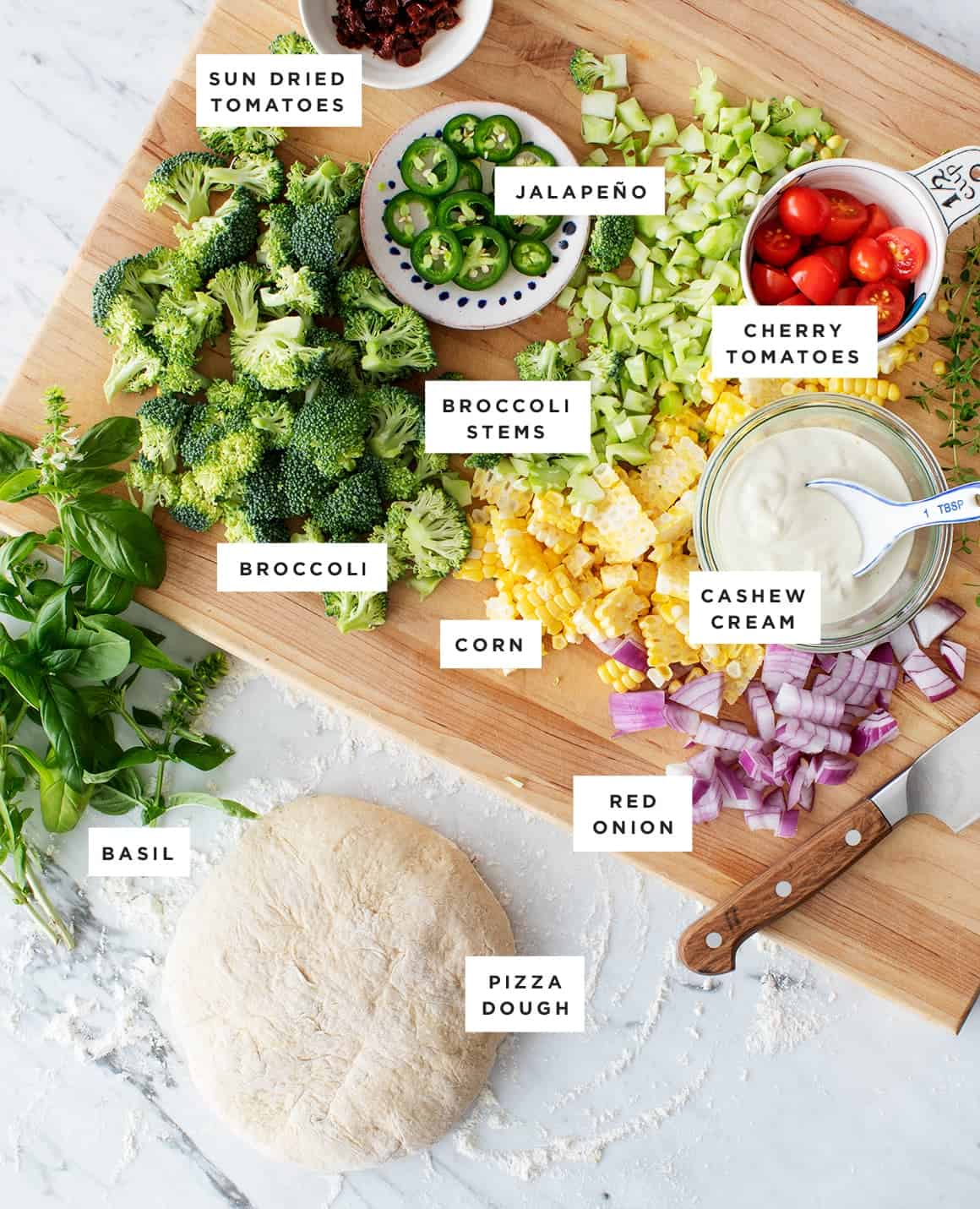 How to Make This Vegan Pizza Recipe!

Once you chop the veggies (even the stems of the broccoli!), toss them together in a bowl with olive oil, salt, and pepper until everything is well-seasoned and well-coated. While you do this, your partner could be stretching the pizza dough.

To make things easy, I like to use Whole Foods’ Multigrain fresh pizza dough – it can be found in the refrigerated area near the pizza section of the store. If you don’t see it, ask the people at the pizza counter. I’ve also heard that Trader Joe’s fresh dough is delicious. Or, if I’m lucky, I’ll have a batch of homemade dough on hand in the freezer.

And just a side note: I’ve been really enjoying this hole-ey pizza pan lately – it gets the bottom edges of the crust nice and crisp. 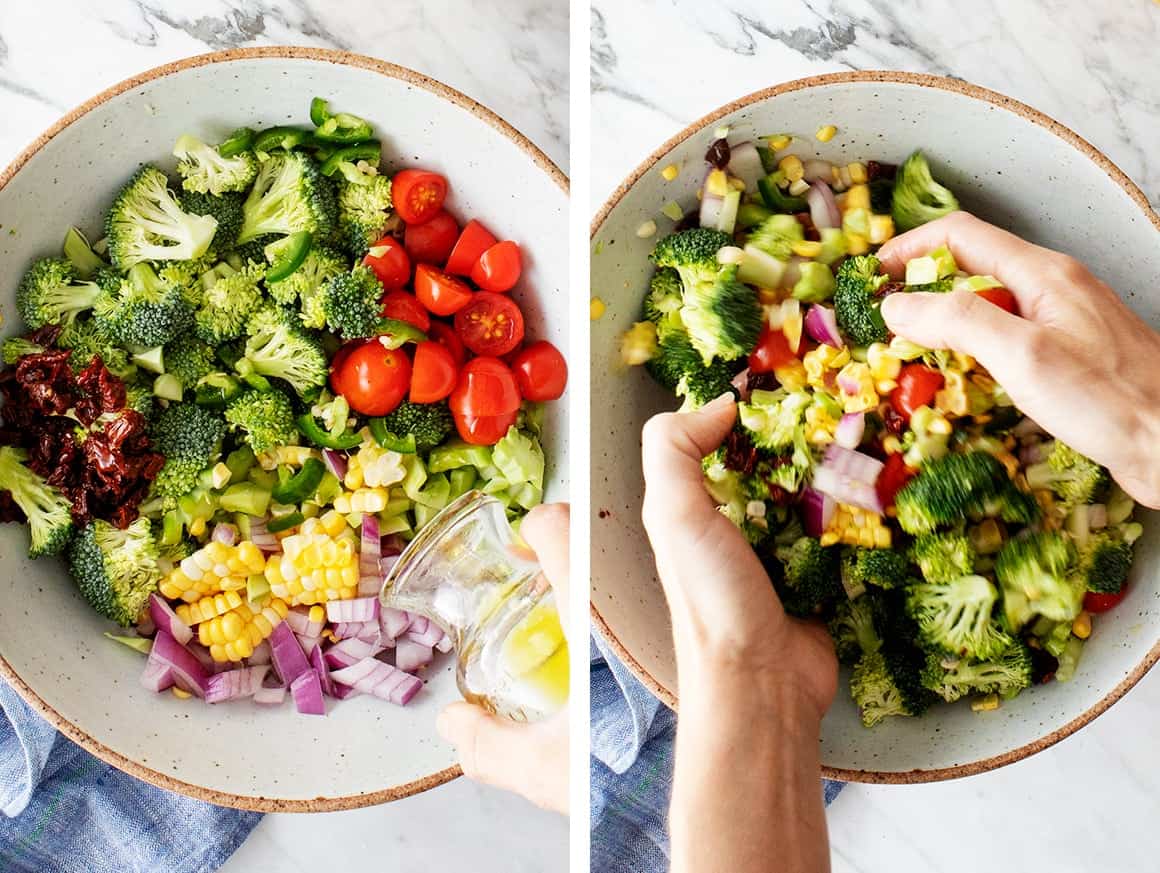 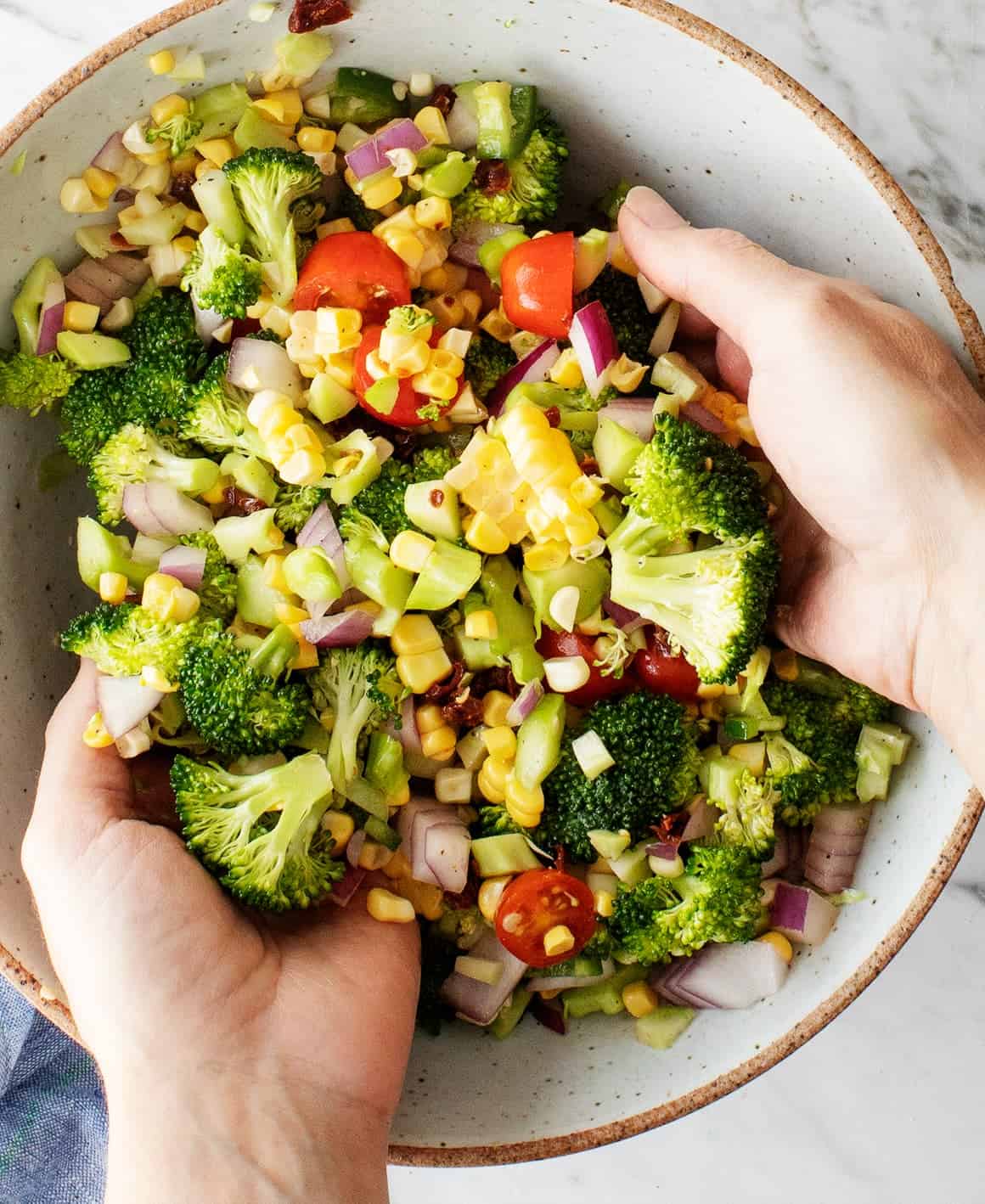 Look at how many vegetables are on this broccoli pizza! I love it ?

To assemble your vegetarian pizza, spread just a thin layer of cashew cream onto the stretched dough. You want just enough so that the vegetables have something to stick to, but you don’t want the middle to become too gooey. 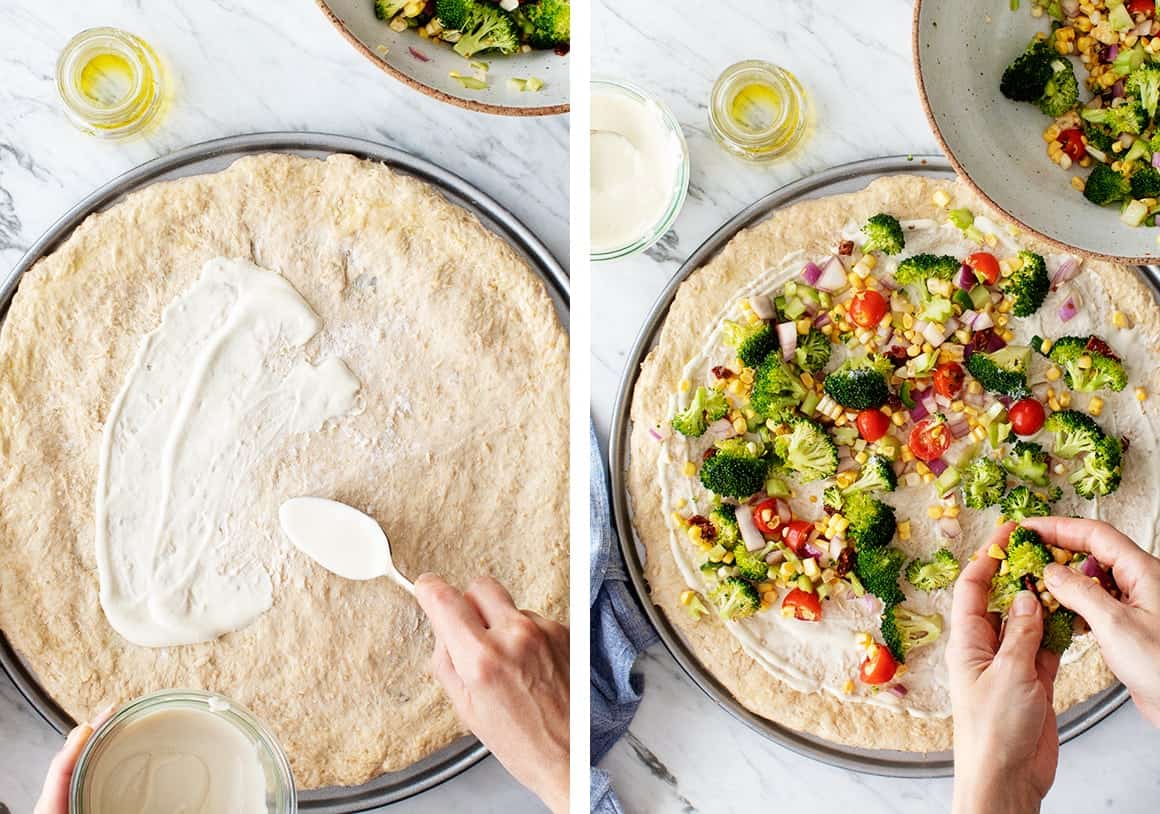 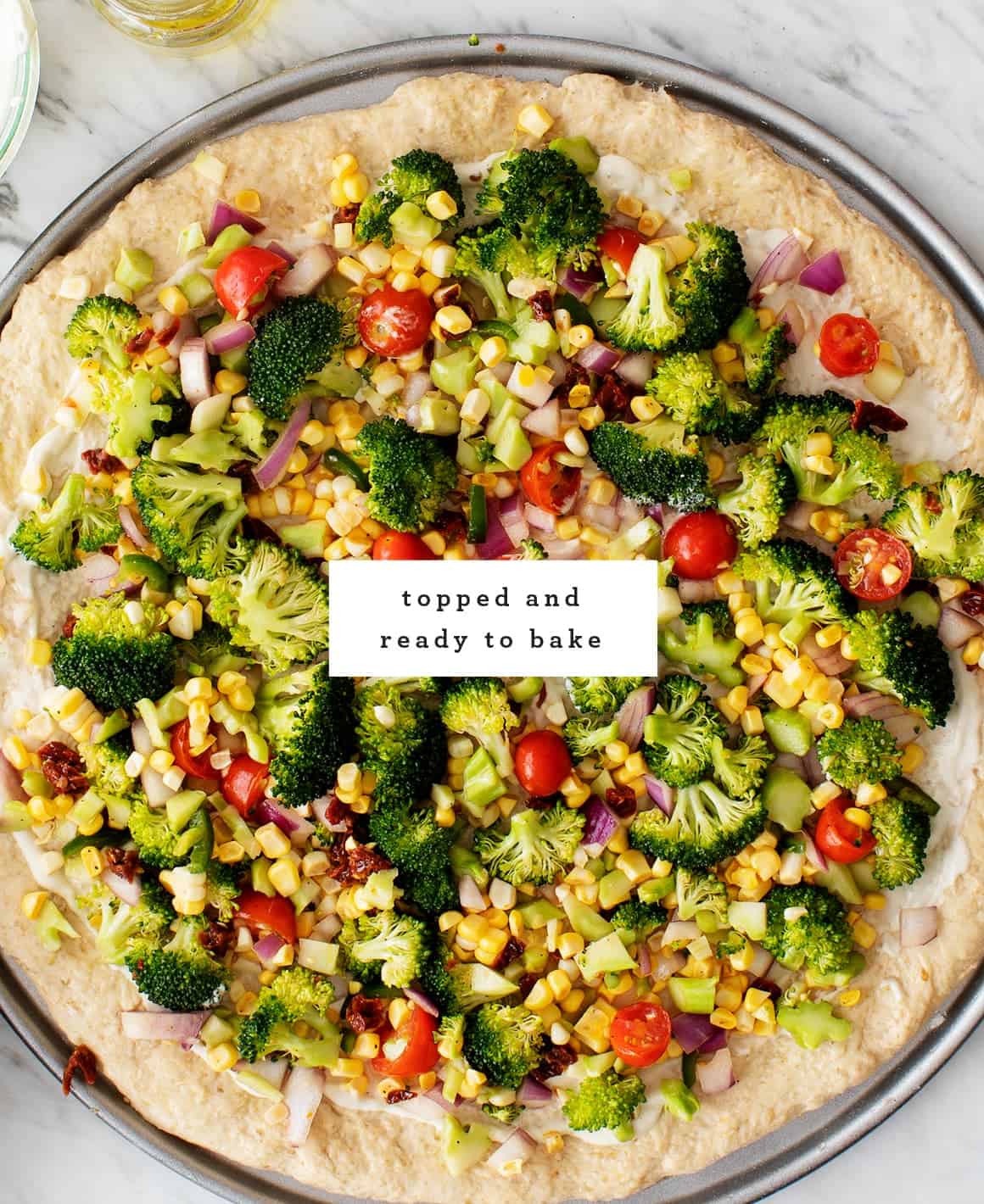 The oozy cashew cream drizzle goes on at the very end. You don’t want to bake this cashew cream in the oven – it loses a lot of its creaminess if you do.

So once the pizza comes out of the oven, drizzle the cashew cream very generously over the top. Finish with fresh basil and a sprinkle of red pepper flakes, if you like. Voila! Vegan pizza! 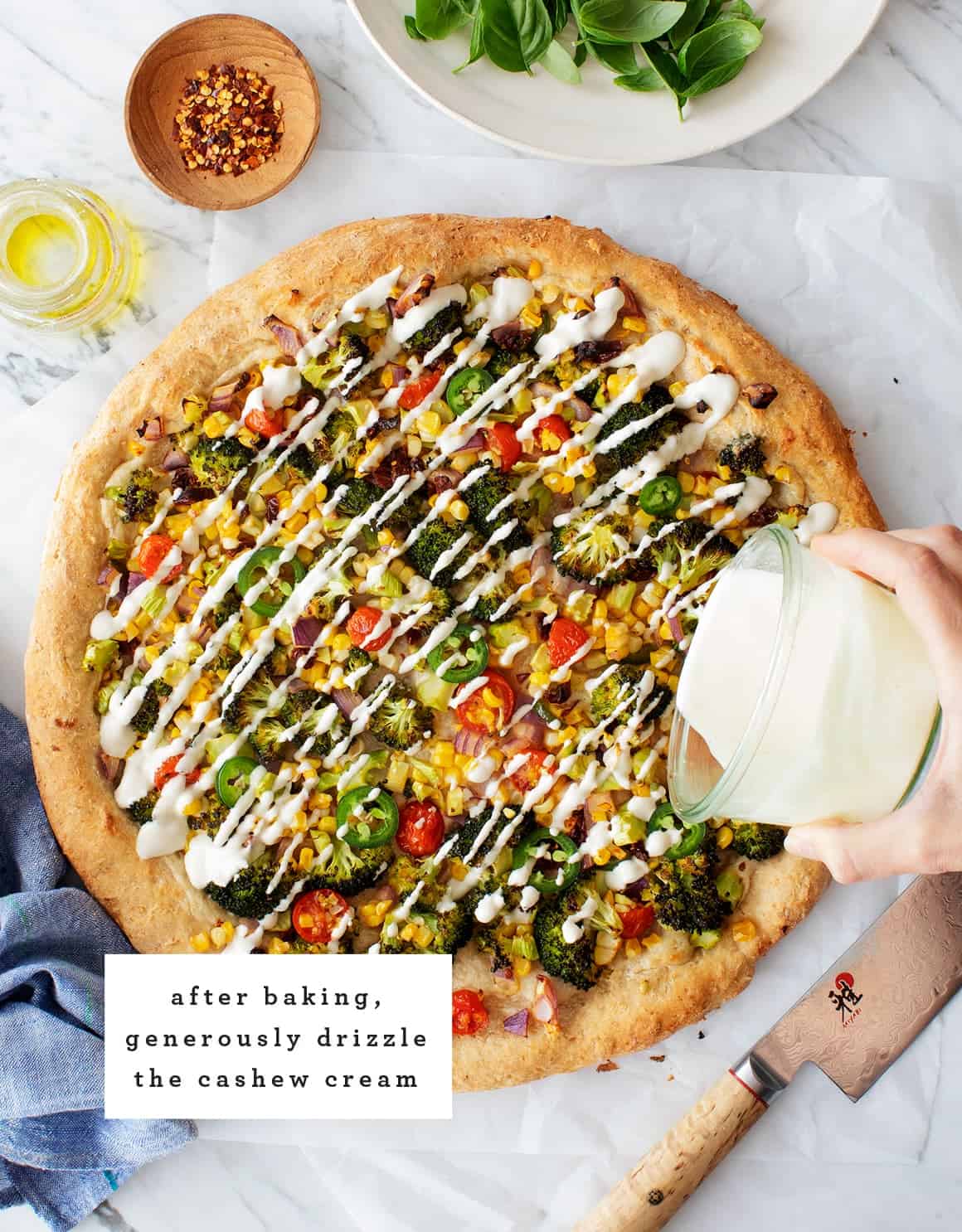 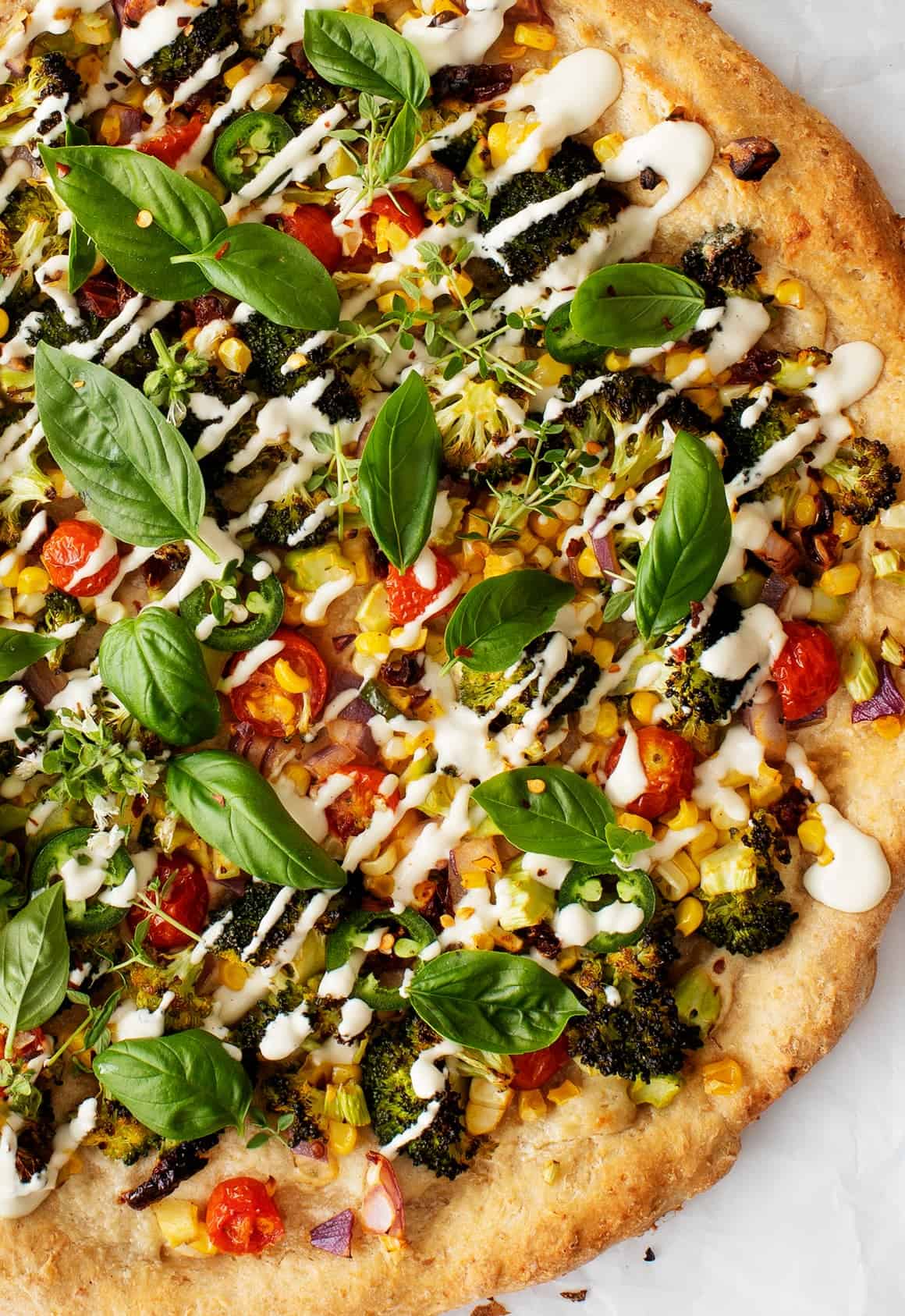 Serve this pizza with a great salad like this kale salad or Caesar salad with roasted chickpeas (use extra cashew cream in place of the Caesar dressing to make it vegan).

If you love this vegan pizza recipe…

Check out this post with 85 Best Vegan Recipes and this one with 30 Vegan Desserts! 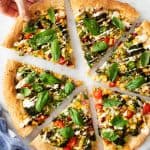 We love all the flavors atop this vegan pizza – sun-dried tomatoes, jalapeño, basil, corn, and cashew cream make it a delicious, multi-colored meal!