Abt Sportsline’s Kelvin van der Linde took a second DTM win of the season in impressive style as he led from lights-to-flag at the series’ opening race of the weekend at Zolder to take a one-two for the team, with Mike Rockenfeller taking second.

Starting from pole, the Audi driver kept a calm head as he fended off Walkenhorst Motorsport’s Marco Wittmann – who jumped ahead of Maxi Götz to take second at the start – with the BMW M6 GT3 all over the back of the South African.

The battle didn’t have chance to ignite any further, however, as there was a clash between Arjun Maini, Liam Lawson and Daniel Juncadella which called for an early safety car to recover the three cars. 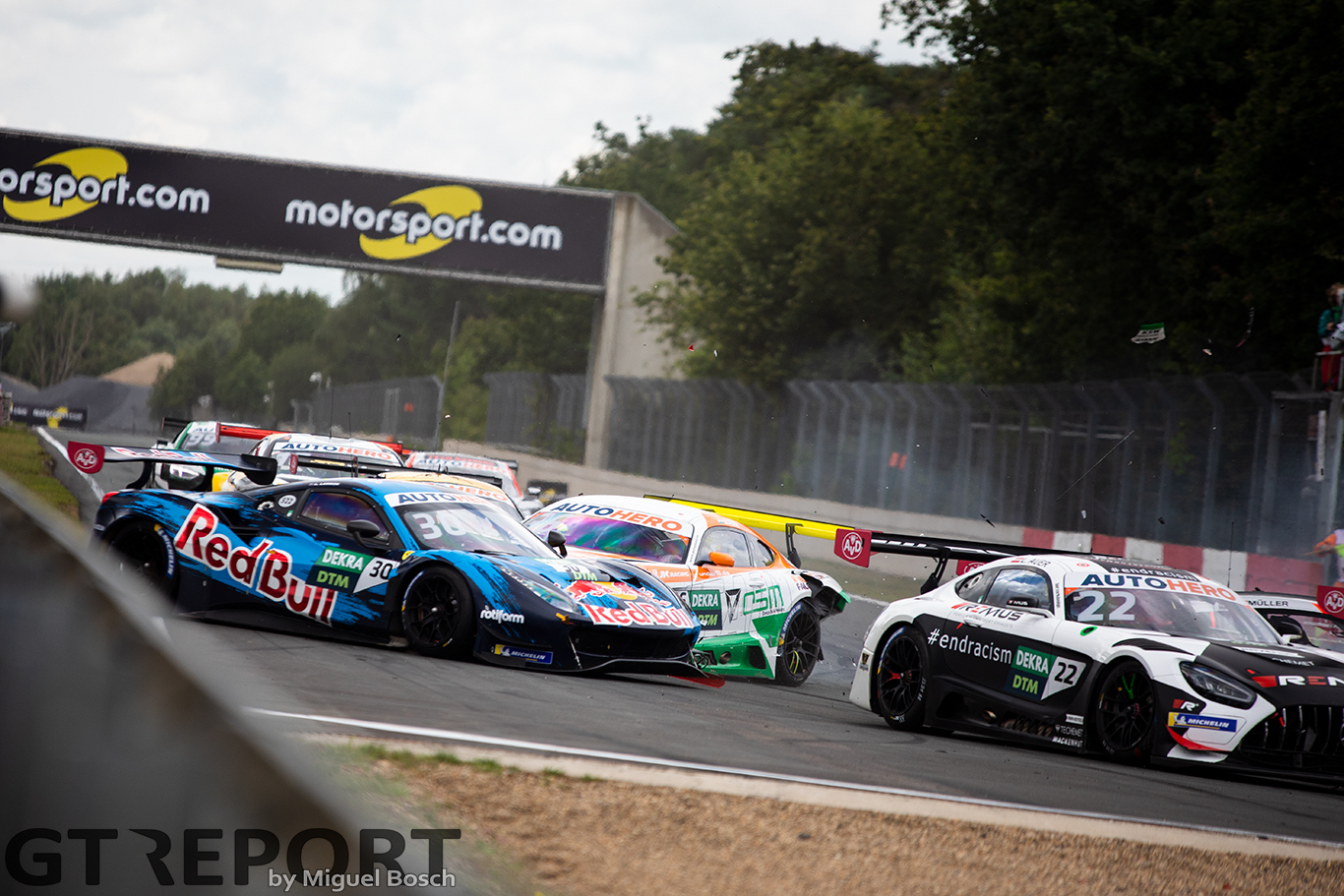 Once the action got going again, it didn’t take long for Wittmann to start threatening Van der Linde’s lead, but the pair both took to the pits early – on lap eight – to swap out for new Michelin rubber.

At first, it appeared that following the Audi in was the smart move for the BMW racer, but soon found himself overcut by both Rockenfeller and AF Corse’s Alex Albon and losing time as Rockenfeller, Albon and van der Linde all started battling it out for victory.

Despite Albon, in the Alpha Tauri-backed Ferrari 488 GT3 Evo, having much fresher tyres than the two Abt cars in front, he couldn’t find a way through as sportscar veteran Rockenfeller proved far too wise to Albon’s attempts at snatching second away.

That said, even Rockenfeller’s attempts to get the lead came to nothing, as Van der Linde was hanging on as best he could in order to take his second race win. 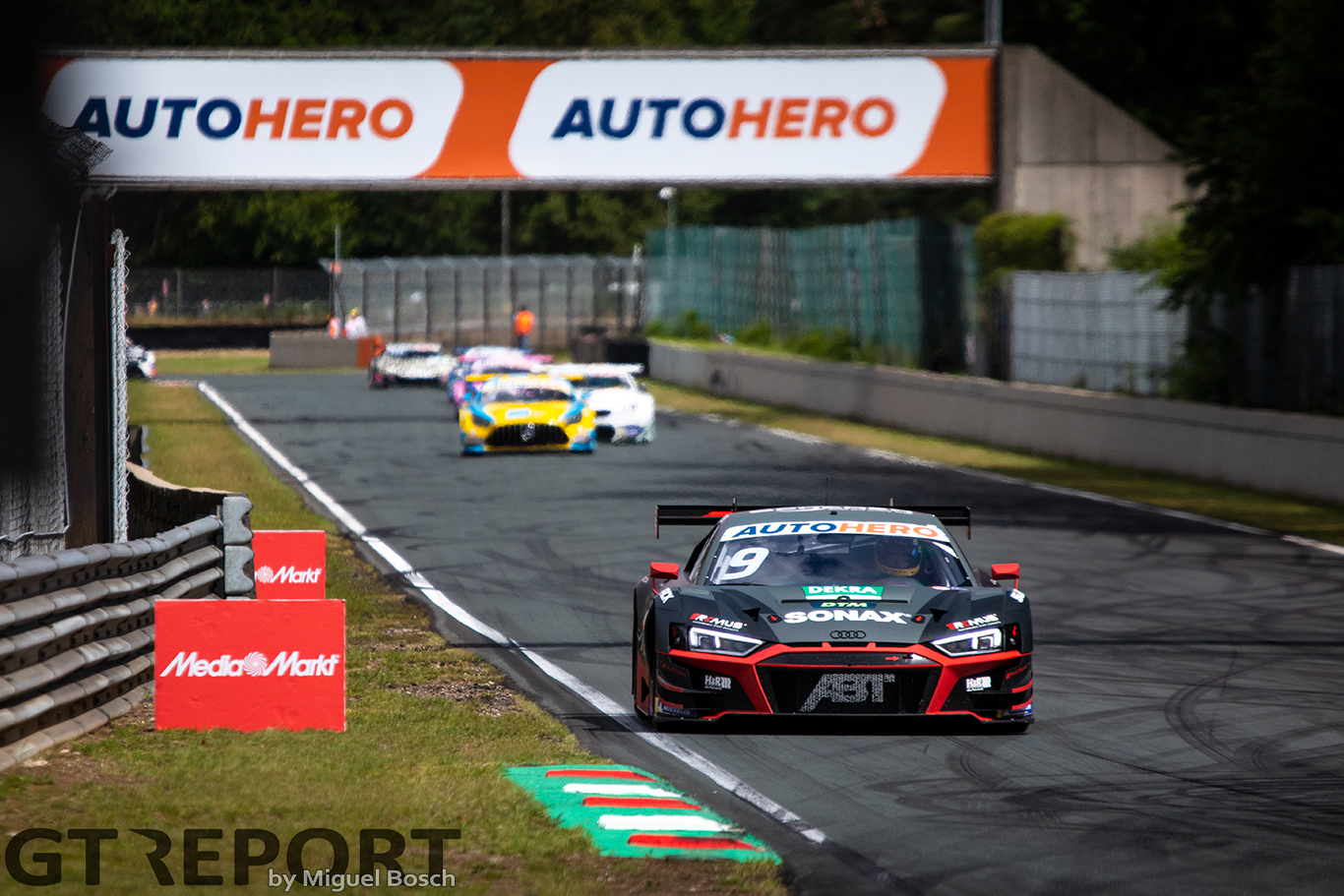 Despite a lot of action between the leading trio, the positions didn’t change in the elongated race – with time added on to make up for the safety car. Van der Linde took the win, 0.696 seconds ahead of Rockenfeller, with Albon taking his second podium of the season a second behind.

Wittmann lost a further place to eventually take fifth as he was passed by Vincent Abril and – despite his best efforts – couldn’t take the place back off the Mercedes-AMG GT3 driver.

Esteban Muth was the fastest of the Lamborghinis in sixth – comfortable holding off Götz, who couldn’t make the most of his front-row start. 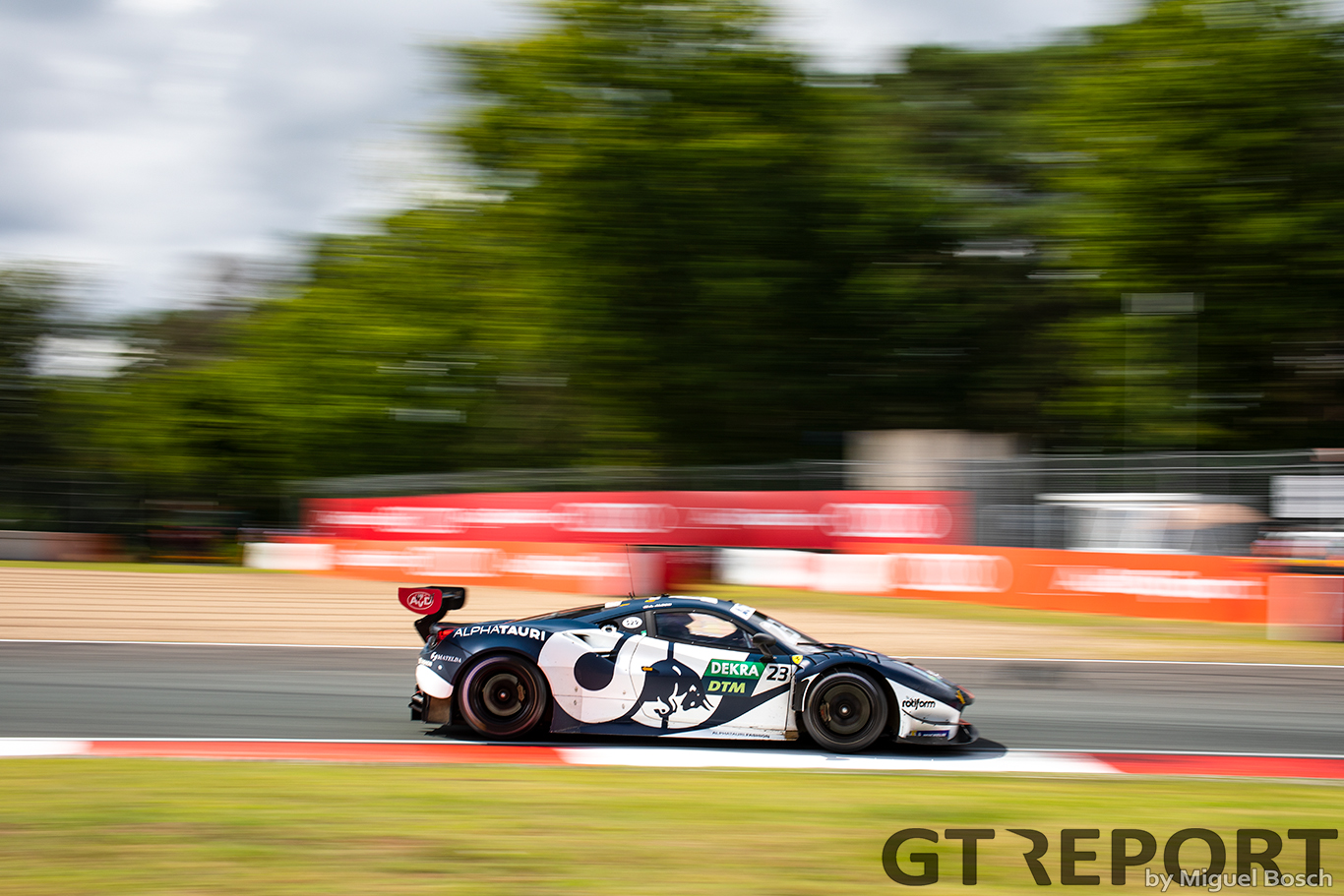 Notably slightly outside the top ten, Christian Klien took the chequered flag 12th in his McLaren 720S GT3 on his 2021 debut in the championship. He finished 1.5 seconds clear of Esmee Hawkey, the T3 Motorsport driver recovering from a spin early on to edge out Sheldon van der Linde on a drag race to the line.

IF YOU ENJOYED THIS ARTICLE, PLEASE CONSIDER MAKING A DONATION TO KEEP THE WEBSITE RUNNING AND ALLOW THE GT REPORT TEAM TO CONTINUE TO BRING YOU EXCLUSIVE CONTENT.

NEW PRINTS AND CANVAS AVAILABLE IN OUR SHOP: