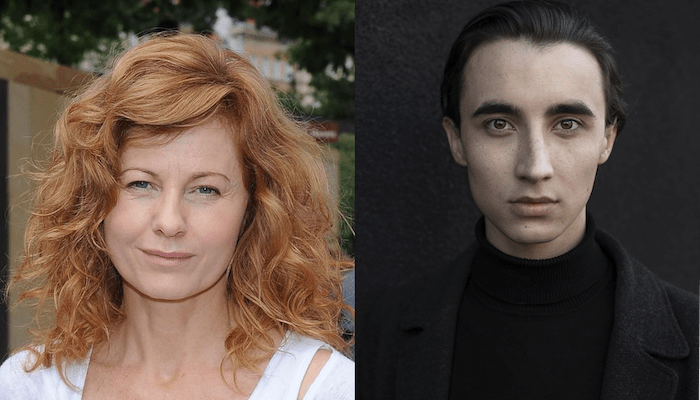 Director Kamil Krawczyki, like Sisyphus, pushes a boulder up a hill. The ‘boulder’ here is his first feature film, Elephant, and gay-themed also, another first for Poland cinema. And the ‘hill’ is something known as Strefy wolne od LGBT, or in English, ‘LGBT Free Zone.’

The ‘free zone’ policy is an ambivalent agenda against ‘promoting’ any noticeable LGBT presence, especially in the media. It is a variation on ‘don’t-ask-don’t-tell’ and so far has engulfed a third of the nation, including the powiat (county) of Tatra.

And Krawczyki himself is no stranger to fortitude. He wrote and directed another of his homeland’s first in film: a gay-themed 30-minute short, The End of My World, not to mention directing a number of music videos.

The theme of Elephant, like that of The End of My World, is uncomplicated and also a common one. It explores the conflict of changing intimate relationships. In this film, which takes place in a country village, the love affair between two men, Bartek, played by Jan Hrynkiewicz, and Pawel Tomaszewski in the role Dawid, returning to the village, challenges the tight bond between devoted son Bartek and his mother, portrayed by Ewa Skibinska.

Despite the current struggles of the nation over its LGBT issues, it stands to reason that Elephant may yet have its day. Mroz managed to get a six-figure grant from the Polish Film Institute, and the fledgling producer having put up the rest, the project continues.

Locations are being scouted around Warsaw and (of course) the Tetra Mountains for a planned 19-day shoot from September to November 2021. Tongariro Producing aims to partner with another distributor in order to widen the audience, according to a ScreenDaily interview. The ultimate goal is to finish post-production in May of next year, in time for the 2022 Gdynia Film Festival.