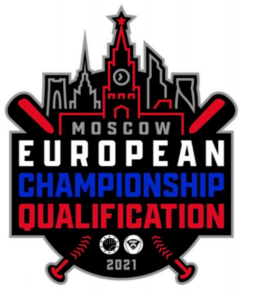 MOSCOW — Russia showed why it is a favorite for Italy as qualification for the European Baseball Championship began in Moscow, blasting Slovenia 20-0. Meanwhile, Belarus easily handled the Turkish national team, participating in its first competition since 2006. The four teams are joined by Switzerland in the only five-team qualifier of the four qualifiers set to take place this week.

Belarus 31 – Turkey 2
Turkey – which had an all-time total of six games at the senior level before today’s game– had the honor of playing in the opening game of 2021 qualification, but Belarus was quick to spoil the fun. The Eastern European nation scored four runs in the first before putting the game away with nine more in the second. After only three Belarusian hitters crossed home in the third, 12 scored in the fourth, plus another four more in the fifth before the mercy rule – mercifully – kicked in.

Starter Anton Pryputnevich received only a tuneup, but retired all six batters he faced, five on strikes. Both teams substituted freely, with the third of three Belarus pitchers, Ilya Babiychuk, earning the rare “scorekeeper’s win” in a blowout. Babiychuk punched out four in two frames as 11 of 15 outs by Turkey came by the K. Belarus has only once played below the B Pool level, and never advanced to the Euros despite generally quite good performances.

The victors scored their 31 runs on 16 hits, 15 walks, five hit batters, and five errors. Kiryl Kazlouski was the only player for Belarus to play the entire game and the first baseman responded with a 4-for-6 day with two doubles and four ribbies. Uladzislau Barashenka had a double and four RBIs, while Ilya Sladzinski was 2-for-2 and drove in three. Substitutes Viran Melik and Teoman Badem had the only Turkish safeties, the former scoring one of the squad’s two runs.

Russia 20 – Slovenia 0
Playing at home in gorgeous RusStar Arena, Russia began its quest to return to the top tier of European competition. Russia has only had to qualify three times for the Euros, but was unsuccessful in its last attempt in 2019. Meanwhile, Slovenia made three-straight trips to the big show between 1995-99, but has otherwise firmly been in the B Pool.

Neither side scored in the first, but in the bottom of the second, Kirill Chermoshentsev kicked Russia’s offense into gear with a three-run double and the hosts never slowed down, scoring its 20 runs in only three frames. In the third, Alexander Bolgov launched a grand slam and Geidys Soler ripped a three-run shot to account for all seven runs. Artem Logvinov and Yunior Valiente added their own longballs, each with two on base. In total, 16 of Russia’s 20 runs came via the dinger.

Ace Andrei Lobanov (1-0) was excellent on the mound, scattering four hits in four innings and striking out six of the 15 batters he faced. Slovenian pitchers surrendered 12 safeties and 10 walks, failing to record a strikeout. None of the team’s four moundsmen registered more than four outs.

Looking Ahead
Turkey gets the day off on June 30, with Switzerland taking its place. Action also commences in Utena, Lithuania, and Bratislava. Each of the four pools sends a single team to the European Championship in Friulia-Venezia, Italy, scheduled for Sept. 12-19.

Sorry, the comment form is closed at this time.