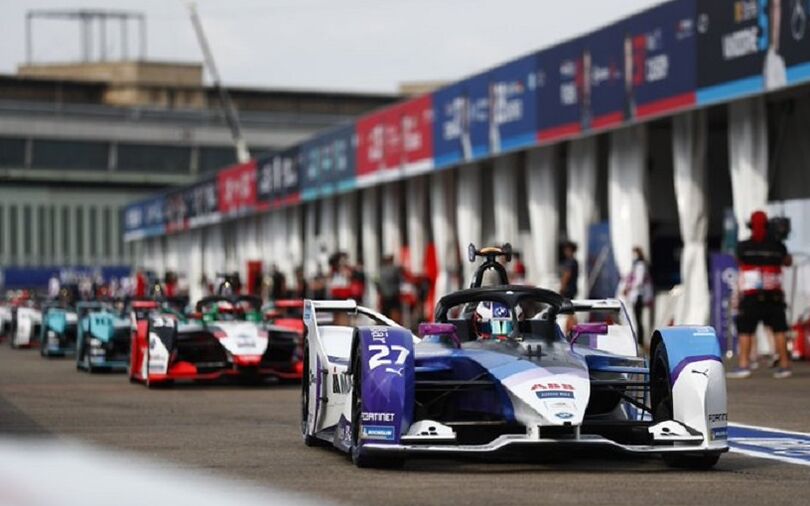 BMW i Andretti Motorsport’s Jake Dennis topped the timesheets in the opening practice for the BMW i Berlin E-Prix that is set to bring the 2020/2021 FIA Formula E season to an end. F1Technical’s Balázs Szabó is reporting from the Berlin E-Prix paddock.

The Berlin E-Prix started in a relatively silent way as the opening practice took place behind closed doors with only the media allowed to attend the action on Friday. By contrast, fans are expected to flock to the track both on Saturday and Sunday, albeit only in a limited number of spectators will follow the action from the seven grandstands this weekend.

To be precise, more than 10,000 General Admission grandstand seats will be available thanks to a rigorous safety and hygiene protocol established between Formula E organisers and the Berlin authorities.

The historic Tempelhof Airport will stage a double header after the track played host to an incredible six-race finale last season. The prize on offer is clear this weekend – someone will claim the maiden FIA Formula E World Championship title after the series gained world championship status last year.

With two rounds left to run there are 18 drivers still in mathematical contention for the Drivers’ World Championship, illustrating just how hard fought, unpredictable, and competitive this season has been, even by Formula E’s standards.

The Saturday and Sunday races will take place on the same track, albeit in reverse direction. The first E-Prix will be contested on the traditional Berlin layout while drivers will race on the reverse NILREB layout on Sunday.

Today saw drivers complete the first practice at the Tempelhof circuit with Jake Dennis registering a time of 1m06.949 to go fastest on the relatively wide circuit. Rokit Venturi driver Edoardo Mortara ended up second fastest, only 0.014s adrift of the Briton’s benchmark, followed by the second BMW I Andretti racer Maximilian Guenther.

The opening practice saw seven drivers finish within a tenth of a second with Alex Lynn, Jean-Eric Vergne, Stoffel Vandoorne and Mitch Evens ending up close to Dennis’ benchmark.

Despite showing good pace in Berlin in recent years, the Audi duo of Lucas di Grassi and Rene Rast are yet to find the rhythm at the Tempelhof circuit with the Brazilian ending up 19th fastest and the home hero posting only the 22nd quickest lap time.

The two-race finale of Season 7 of the fully-electric series is due to continue with the second free practice, followed by qualifying and the race.