The global media are slamming President Joe Biden as a “joke” and an “embarrassment” after the US evacuation of Afghanistan descended into deadly chaos as terrified Afghans clung to military planes in an attempt to flee the Taliban takeover.

During a national address on Monday, Biden rejected blame for chaotic scenes of the bungled withdrawal and the shockingly rapid Taliban conquest. 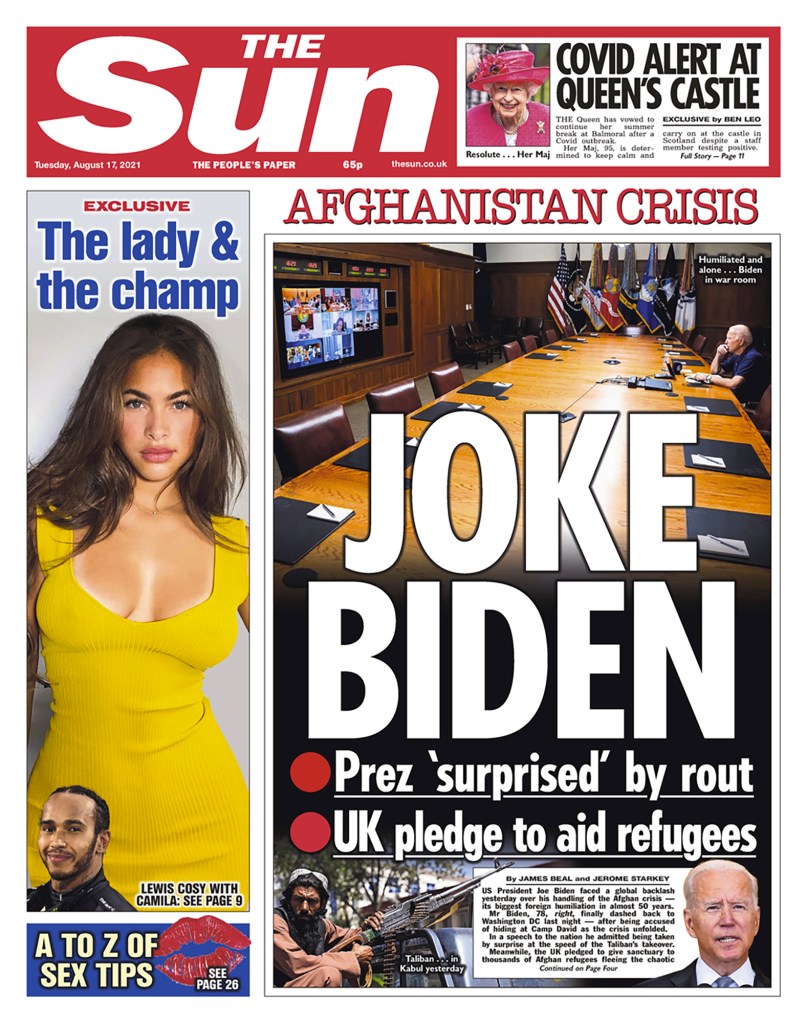 The Sun called Biden a “joke.”

And the reaction in the international media was swift.

The UK’s Sun newspaper blasted him as “Joke Biden” and declared the president was “humiliated and alone.” 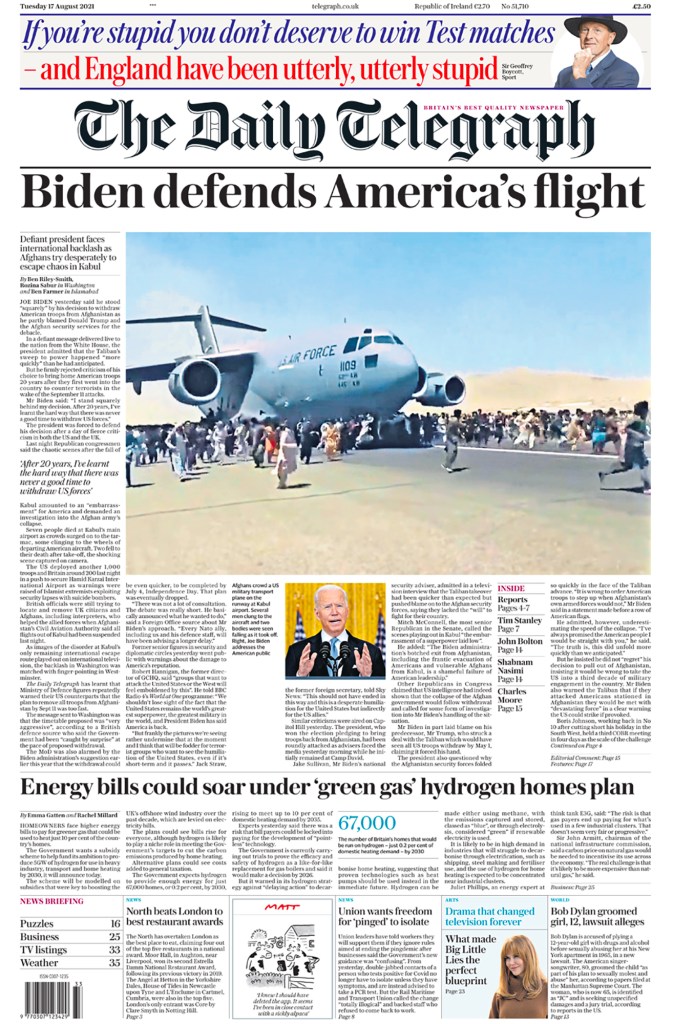 The Daily Telegraph also had the story on its front page.

The Daily Mail accused Biden of “abandoning” the war-torn country.

Other front pages across the world were filled with the shocking images of Afghans trying to board a US military plane as it taxied down the runway in Kabul. 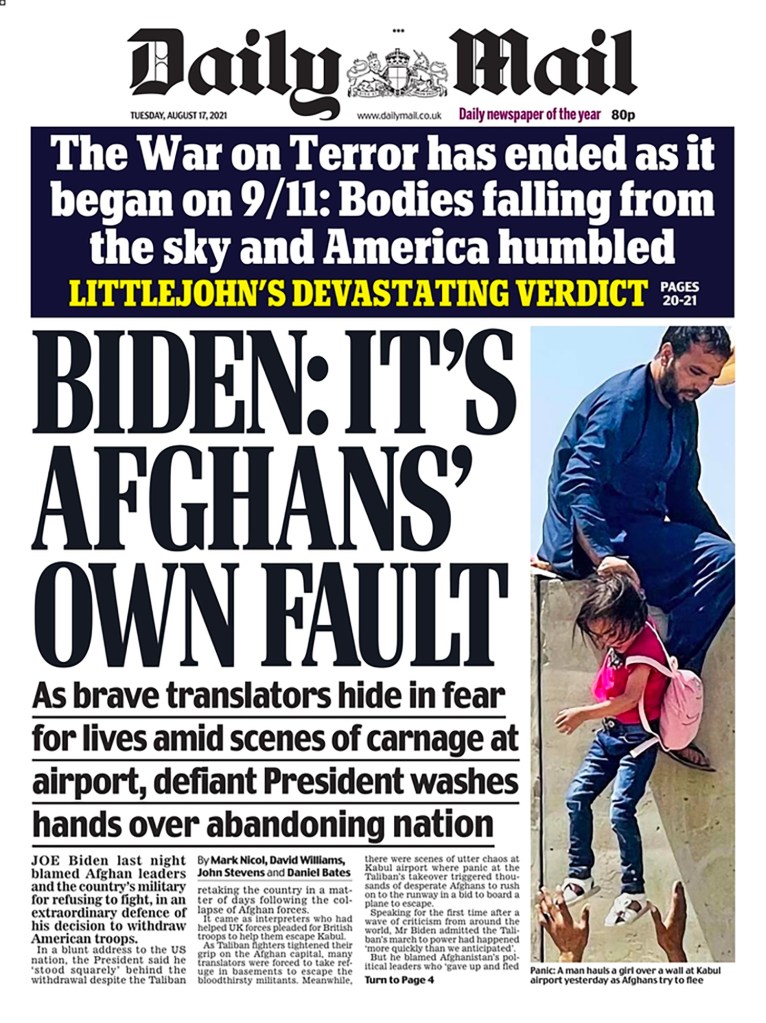 The Daily Mail focused on Biden’s deflection of blame for the crisis.

The Financial Times described it as “absolute chaos”, while the UK’s Metro newspaper branded it “The flight from hell.”

In Canada, the Toronto Sun‘s front page read: “Left to die”, alongside an image of women and children crying on the tarmac. 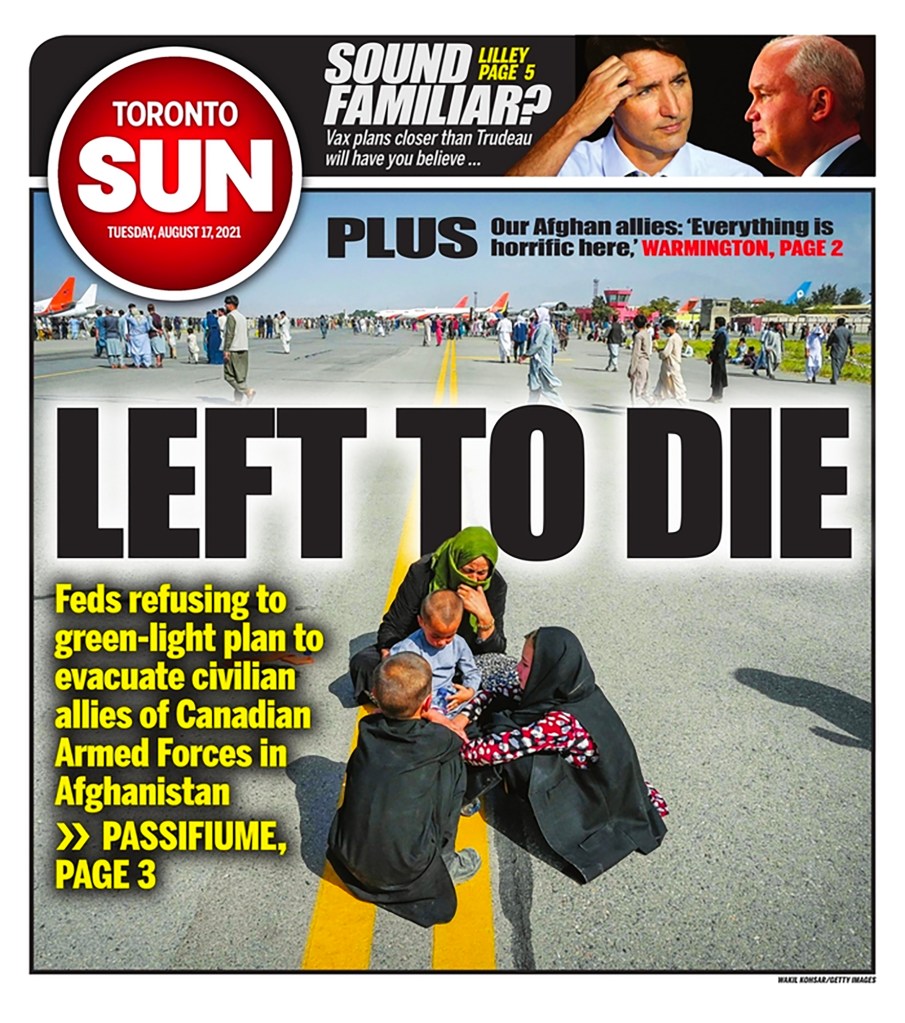 The Toronto Sun went for a provocative front page.

The West Australian newspaper used a photo of desperate Afghans trying to climb onto a US plane with the headline: “Our diggers died for this?”

On home soil, some US media outlets were also critical of Biden. 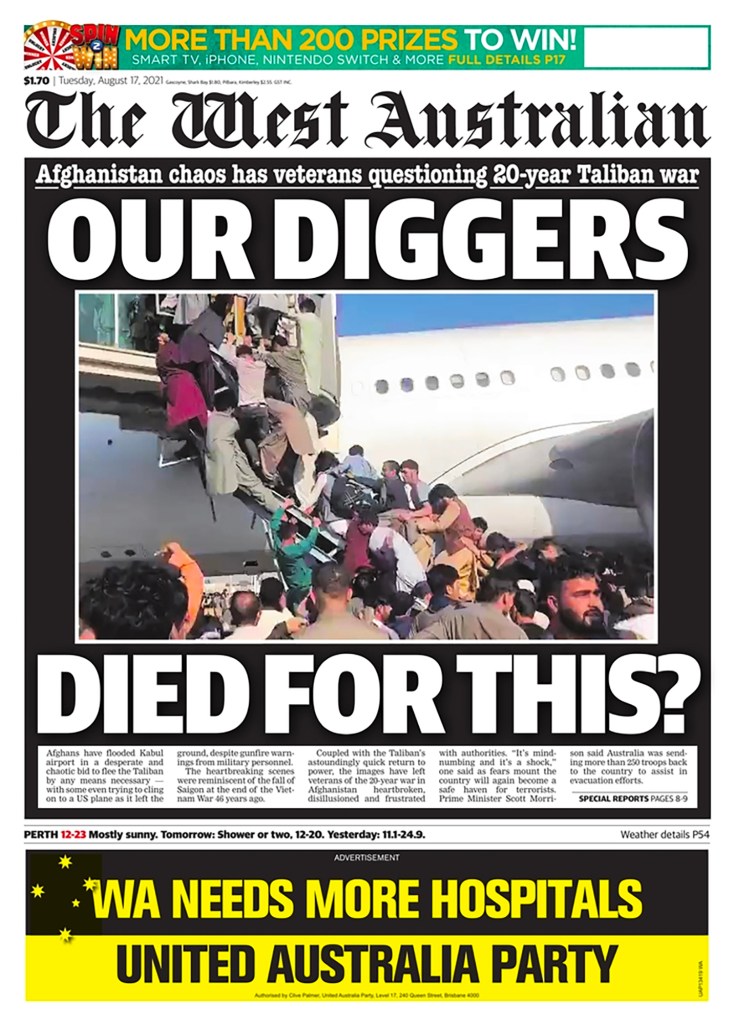 The West Australian used a photo of Afghans trying to climb onto a plane.

The Wall Street Journal said Biden washing his hands of the crisis would “go down as one of the most shameful in history by a Commander in Chief at such a moment of American retreat.”

A Washington Post editorial was headlined: “The debacle in Afghanistan is the worst kind: Avoidable.” 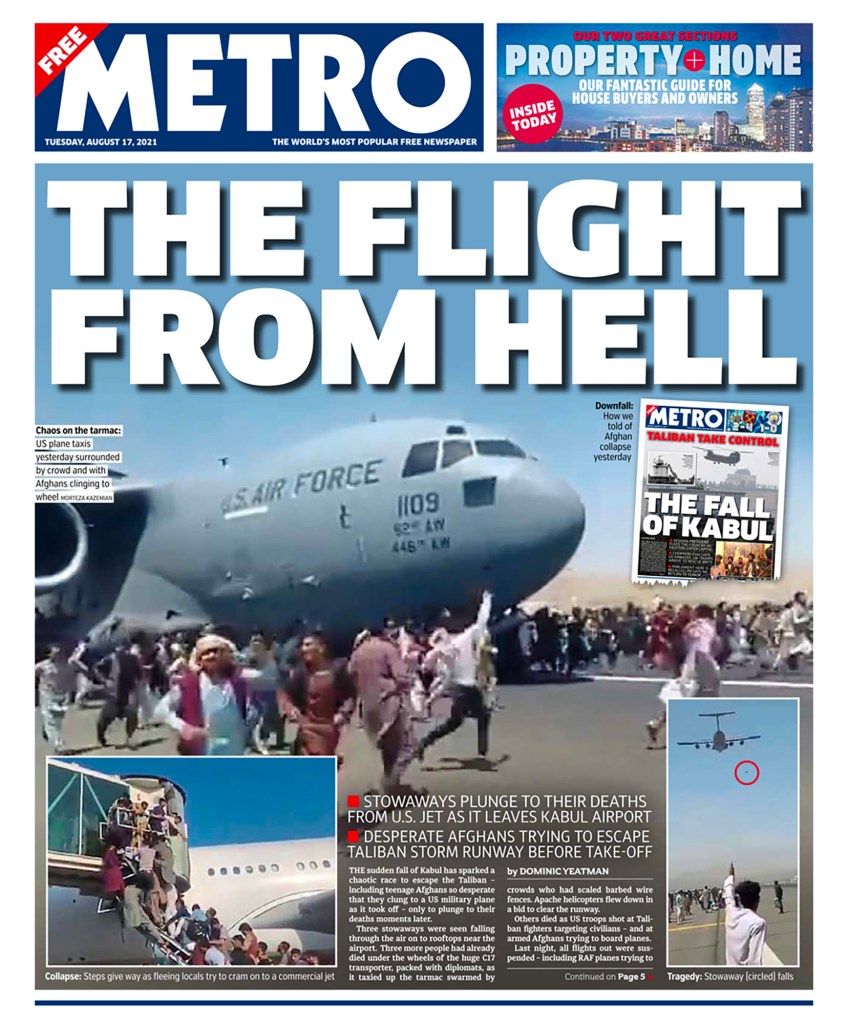 The UK’s Metro emblazoned their front page with “THE FLIGHT FROM HELL.”

The reaction came after defiant President Biden rejected blame for chaotic scenes of Afghans clinging to the military planes.

He called the anguish of trapped Afghan civilians “gut-wrenching” and conceded that the Taliban had achieved a much faster takeover of the country than his administration had expected — but stopped short of assuming responsibility for the bedlam.

He instead painted the situation as a binary decision of staying or going — saying he had no second thoughts about his decision to stick by the US commitment, formulated during the Trump administration, to withdraw from Afghanistan and end America’s longest war.

Despite declaring that “the buck stops with me,” Biden placed almost all blame for the shockingly rapid Taliban conquest on the Afghans themselves.