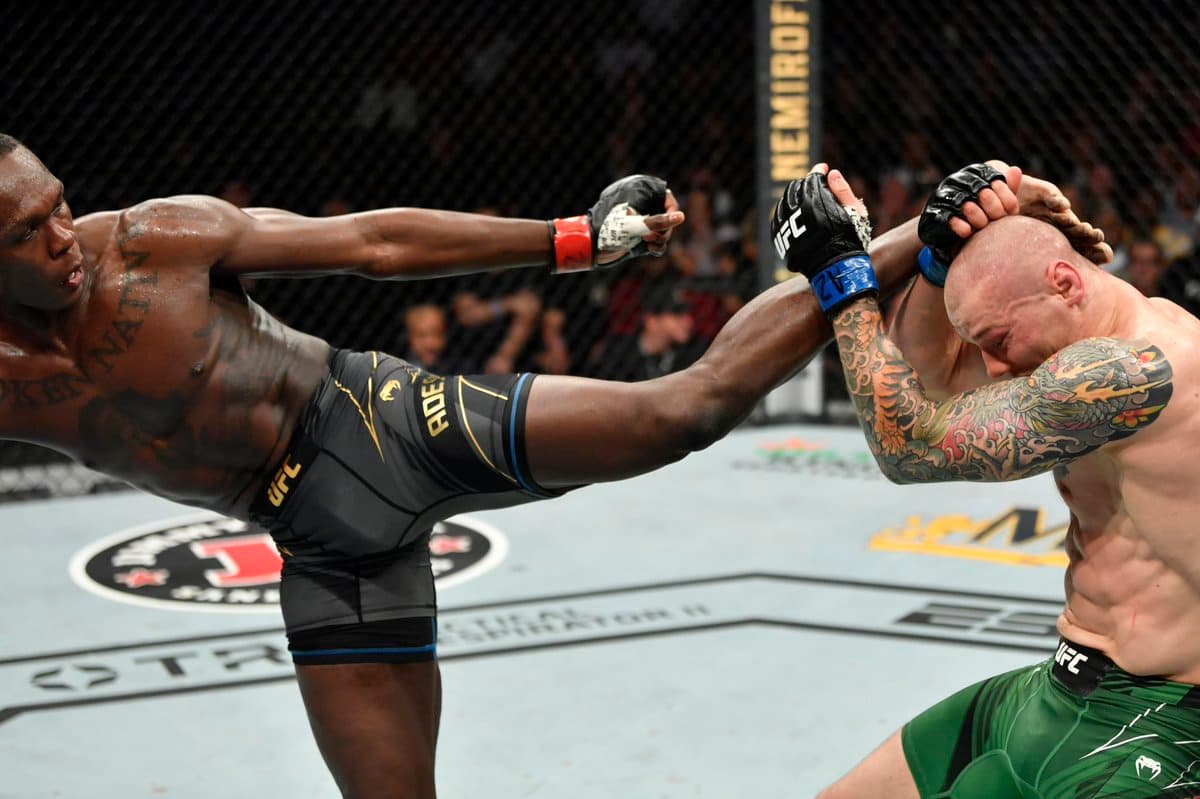 Defending middleweight champion Israel Adesanya and challenger Marvin Vettori squared off in the main event of UFC 263 live on pay-per-view from Gila River Arena Glendale, AZ on Saturday, June 12 in the US, which made it Sunday, June 13 in the UK and Australia. In addition the pair met for the second time. Their first fight in April 2018 ended in split decision in favor of “The Last Stylebender.

Vettori succeed to take Adesanya down in the third, but failed to secure a choke. At the end of the third round the fight was briefly stopped, as Vettori received an accidental low blow from Adesanya’s front kick.

In the end all three judges scored the fight 50-45 in favor of Adesanya.

Although there was no “touch gloves” at the beginning of the fight, afterwards it was all quite amicable.

With the win Israel Adesanya updates his record to 21-1 and makes the third successful defense of his 185-pound title. He also rebounds from the defeat suffered in his previous bout in March, when he went up a weight class and challenged reigning light heavyweight champion Jan Blachowicz, yet fell short, dropping a unanimous decision.

In his next fight he is expected to face former champion Robert Whittaker in the championship rematch.

Marvin Vettori drops to 17-4-1 and suffers the second defeat against Adesanya. The defeat also snaps his five-fight win streak.

You can watch Israel Adesanya vs Marvin Vettori 2 full fight video highlights below.

Break between Round 3 and 4.

Get the full UFC 263: Adesanya vs Vettori 2 results and updates.