De Bruyne the difference-maker vs Denmark

Belgium faced off with Denmark in their second Group B clash of Euro 2020 on Thursday.

On paper, Denmark looked to be Belgium’s toughest test from the group phase.

And, with the first 45 minutes played out, that was certainly proving the case.

Yussuf Poulsen fired the Danes into the lead after two minutes, who then went on to have the better of the tie across the first 45.

However, Belgium were able to fight back in the second half after the introduction of Kevin De Bruyne from the bench.

Thursday’s game was KDB’s first back since his recent injury. The Manchester City midfielder suffered a nasty head collision with Antonio Rudiger in the Champions League final at the end of last month. This required him to undergo some minor surgery after he had suffered an acute nose bone fracture and left orbital fracture.

De Bruyne’s recent injury woes did not, however, stop him from putting on a starring display in Copenhagen, which included him providing a goal and an assist as the Red Devils came back from 1-0 down to earn a 2-1 win.

“It’s a PlayStation goal – as simple as that. It’s brilliant… absolutely brilliant!” #BEL draw level with #DEN – and in some style! #DENBEL | #ITVFootball | #Euro2020 pic.twitter.com/B2ABt2Ns9r

That is some goal! #BEL have been brilliant since the break – and another superb move is finished by @DeBruyneKev #DENBEL | #ITVFootball | #Euro2020 pic.twitter.com/dgHimX2zHP

Following the game, De Bruyne has been speaking about his recent injury.

And, according to the midfielder, he has suffered a nerve problem, which could take six months to heal.

Luckily for the player and his two sides, he is still able to play despite him stating it is not a comfortable feeling:

“I don’t feel anything on the left side, like after a visit to the dentist.

“My nerve is very badly affected, which could take six months. It’s not a comfortable feeling, but the most important thing is that I can play.

“The last two months have been up and down for me with minor injuries. After that fracture in the nose and eye socket, it was a bit of a wait.

“But luckily I came back in the fastest way. There was very good intensity for half an hour, [against Denmark] then I felt it. But I’m glad I was able to play.” 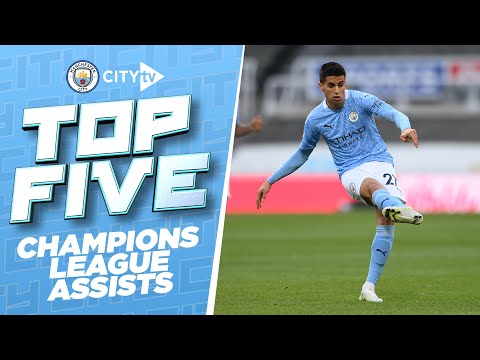 Goals bought us the League Cup home! Relive all our League Cup glory at…