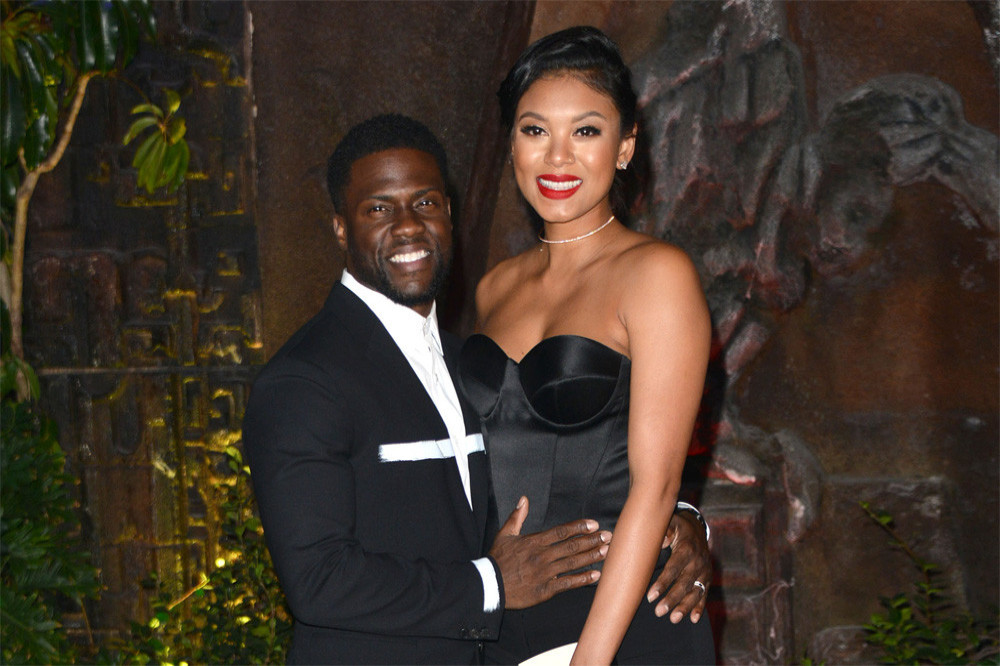 The 42-year-old actor has taken to Instagram to pay tribute to his wife Eniko – with whom he has Kenzo, three, and Kaori, 10 months – to mark five years since they tied the knot in a lavish Santa Barbara wedding.

Kevin wrote: “Happy anniversary hot momma cheesecake….Love u to the moon and back #Harts (sic)”

Eniko also marked the special occasion with a picture of herself and Kevin on their wedding day, where she said she hopes to be with her beau “forever”.

“As we continue to grow older and change with age, my love for you remains the same..happy to be sharing life with you..

Meanwhile, the ‘Fatherhood’ star – who also has Heaven, 16, and Hendrix, 13, with his ex-wife Torrei Hart – recently admitted he purposefully does a bad job at changing his youngest child’s nappies so that Eniko doesn’t ask him to do it.

He said: “I’m very much involved, but I’m not that great at it. So what I’ve learned to do is kind of butcher it. So that [my wife] goes ‘You know what … don’t do it’. I’ll put the diaper on backwards, or not snap it properly and she’ll just snatch the baby from me [like] ‘Give me the baby! You’re not paying attention, you don’t do it right!’ ”

And Kevin also said his house is “too loud” for him to want more kids, as he thinks his family of six is perfect.

“It’s good. We’re in a good place, a family of six and a couple of dogs, it’s a lot going on right now. I say that jokingly but, you know, look, if it’s what the universe calls for and it’s what we’ve decided, then it is what it is.