‘Mr Peanut has a life of his own’: San Francisco bids farewell to a curator who saw ads as art | San Francisco

admin
Đang Đọc: ‘Mr Peanut has a life of his own’: San Francisco bids farewell to a curator who saw ads as art | San Francisco - Tại: https://androidaio.com

The Jolly Green Giant, Mr Clean and the Frito Bandito lost one of their most enthusiastic supporters last month with the passing of Ellen Havre Weis, a California museum founder and author who recognized the mythology in America’s advertising characters.

Weis co-founded and directed the Museum of Modern Mythology, a once renowned San Francisco tourist destination where a vinyl Michelin Man rubbed elbows with a lifesize statue of Colonel Sanders and a plastic figurine of the monocled Mr Peanut featured among thousands of other advertising characters. 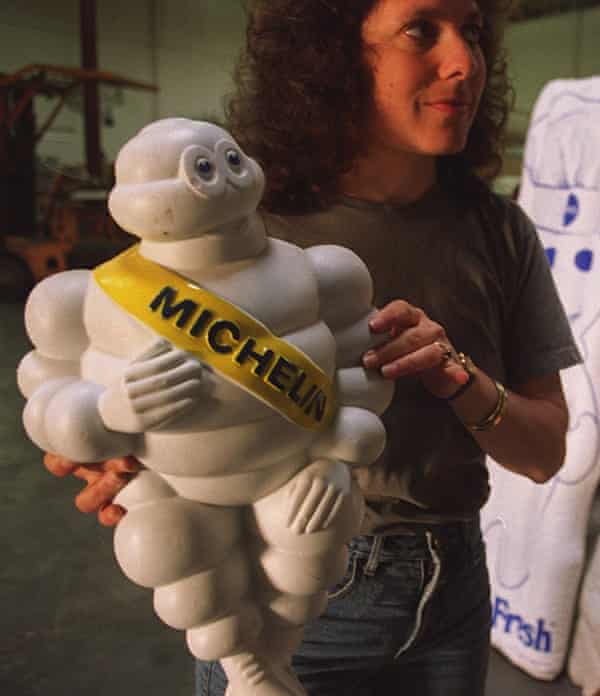 The museum was open to the public for a $2 admission fee from 1982 until it was forced to close by the Loma Prieta earthquake in 1989.

Weis, who also co-founded a PR firm and worked as an advertising manager, never gave up on her quest to find a new home for the quirky collection. Just before she died of brain cancer on 27 July at age 64, she and her family closed a deal on a new location for the museum’s characters, which will move to Van Nuys, California.

“We try to take these advertising characters out of their normal context of sales and look at them as anthropology,” Weis told the Los Angeles Times in 1987. “Most of American society has been exposed to these images. Certainly the Jolly Green Giant is more recognizable than Zeus – or your state senator.”

The idea for the museum dawned on Weis while she was living in a warehouse packed full of lifelike replicas of advertising mascots. Just out of writing school at University of Iowa, Weis and her then boyfriend, Matthew Cohen, had moved to San Francisco to live the “Boho, hippy” life, according to Gordon Whiting, Weis’s husband of 25 years. They were crashing in a warehouse live-work space, owned by friends, including Jeff Errick, who collected advertising memorabilia.

“Ellen felt that all these characters were related; they seemed to know each other and belong together,” said Whiting, who added that Weis had studied mythology to learn how to use its archetypes in her writing. “That sparked her imagination that the reason things work as advertising is because they are mythological archetypes.”

Weis, Cohen and Errick formed the museum in a corner of the warehouse. Within a few years, it had moved to its own small space in downtown San Francisco and was earning wide acclaim in publications ranging from People magazine and the New York Times to the German newspaper Der Spiegel. 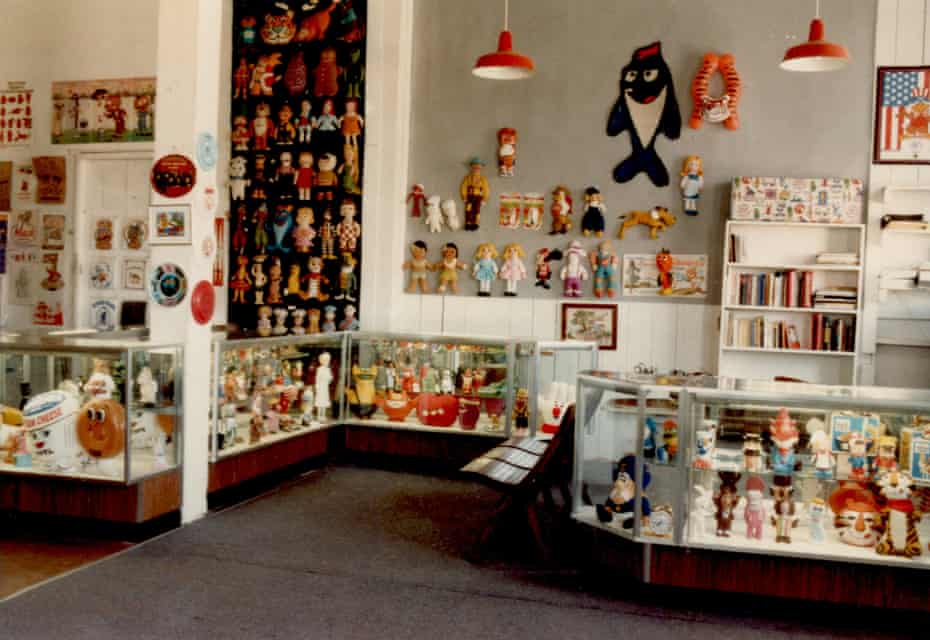 Weis would load up characters, such as the Doggie Diner head, a giant fiberglass depiction of a grinning dachshund that once graced the sign of an American restaurant chain, in a trailer and take them on the road to various shows, including a long-running display near San Francisco’s Fisherman’s Wharf.

The movie critic Leonard Maltin featured the collection in his television appearances on Entertainment Tonight and became a board member of the museum.

“While Mr Peanut and Speedy Alka-Seltzer were invented by somebody on Madison Avenue, they, like the Frankenstein monster, had a life of their own,” Maltin told the Guardian. “Ellen took them out of their normal environment, which was a TV screen, and displayed them as one would works of art and developed a thesis that gave them unity.” 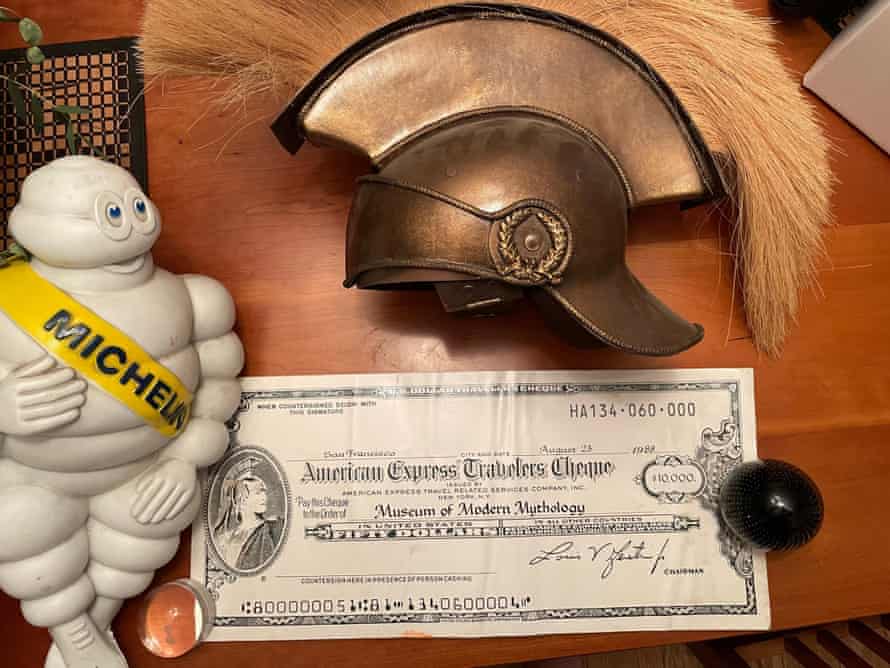 American Express gave the museum $10,000 and had its Centurion character inducted into the gallery. Photograph: Courtesy of Gordon Whiting

The museum’s final year, 1989, was a hard one. First somebody stole the Doggie Diner head, from an outdoor storage lot in San Francisco. The thing was so big, standing more than 9ft tall, that Whiting says he doesn’t know how anyone could have moved it over the 10ft fence.

Then, the museum got notice from its landlord that it would have to leave the space it rented on the 9th floor of a rickety 1906 building on Mission Street.

The final blow came at 5.04pm on 17 October, when the 6.9 magnitude Loma Prieta earthquake sent the historical building rocking and rolling while Weis was there moving boxes of figurines around.

The museum’s building was condemned, with the founders given two hours a few days later to clear out their stuff. Weis rounded up an army of volunteers, who hoisted out the Jolly Green Giant, the cardboard Dutch Boy cutout of paint-advertising fame, and hundreds of boxes containing everyone from the cigarette mascot Joe Camel to the Rice Krispies characters, Snap, Crackle and Pop.

For the following decades, the characters waited in storage while Weis searched for a new home for the museum. In the meantime, Weis founded the firm WeisPR with her husband, Whiting, raised her son Benjamin, and eventually became the advertising director of Bay Nature Magazine. Along the way, the longtime East Bay resident co-authored the book Berkeley: the Life and Spirit of a Remarkable Town and wrote fiction as a member of the Squaw Valley Community of Writers. 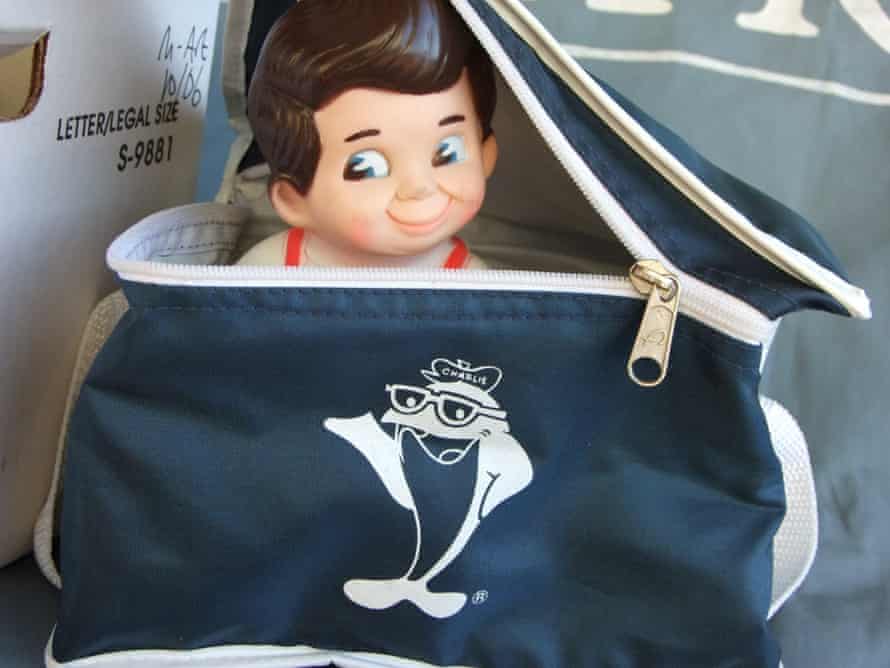 Big Boy and Charlie Tuna are coming out of storage. Photograph: Courtesy of Gordon Whiting

At various points she was close to securing permission to move the collection to the Smithsonian and Henry Ford Museum. But it wasn’t until after she was diagnosed with brain cancer in January that the path forward for the museum collection became clear. Ten days before her death at home in Altadena, California, her family got confirmation that the collection will soon be featured at the Valley Relics Museum in Van Nuys, Los Angeles.

“It’s going to ride again,” said Whiting, who worked with Benjamin, now 20, to finalize the plans for the collection while caring for Weis, as her disease progressed this spring. “She was well enough to know about it and she was pleased.”

Maltin said he was thrilled to know that Weis’s dream of getting characters like Tony the Tiger, Mr Bubbles and their friends back together in front of the public would soon be realized.

“I’m a child of 20th-century pop culture, so I grew up with many of these characters,” he said. “But Ellen was the first person I’d ever met, who – for want of a better word – took them seriously.”