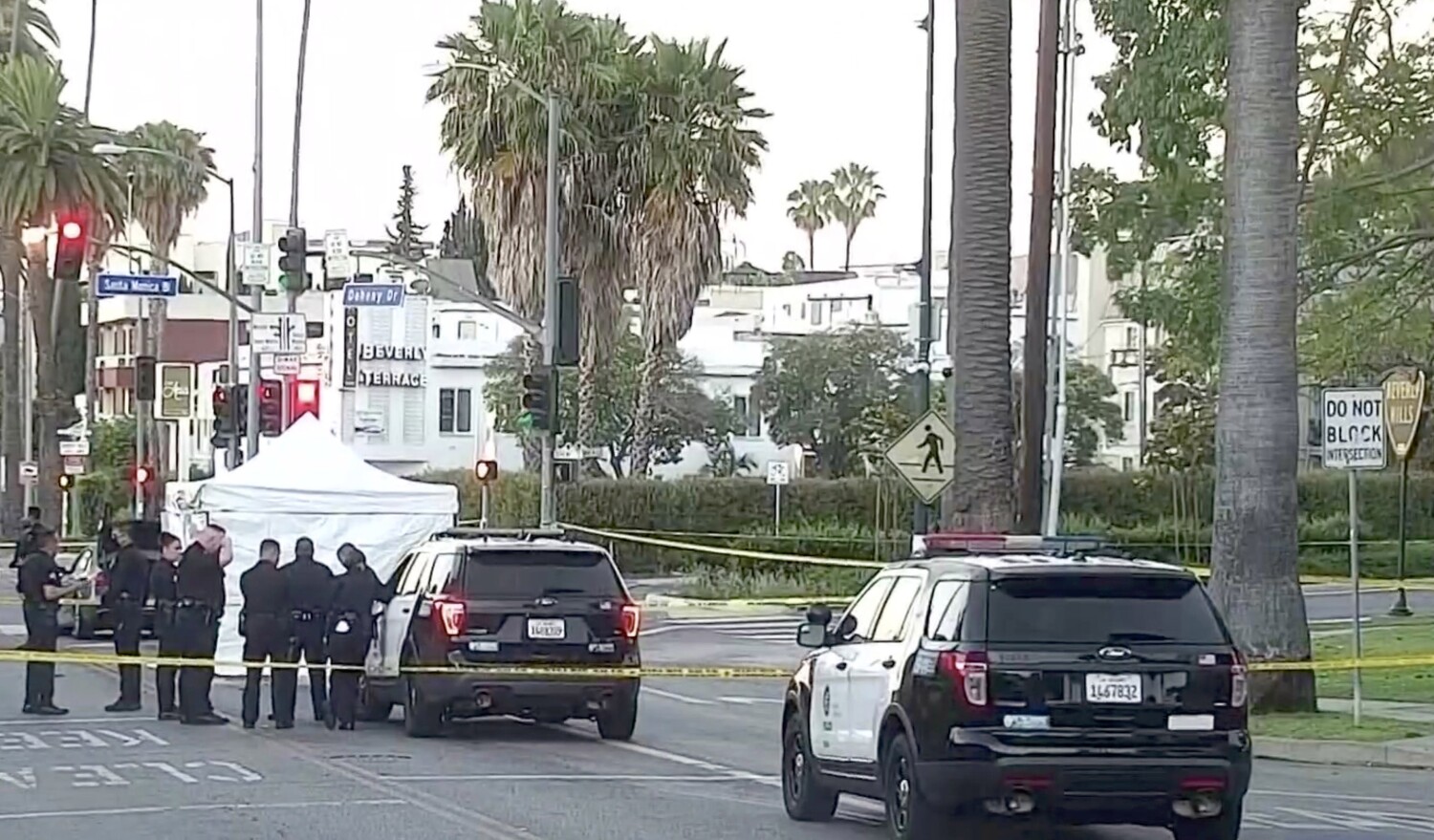 One person was shot to death, and at least four others were injured following a botched robbery in the Hollywood Hills on Friday morning, police said.

The chaotic events unfolded shortly after 2 a.m. in the 1400 block of Blue Jay Way in a tony enclave known for its celebrity homes and steep prices.

Three suspects, all described as men in their 20s, approached three people in an attempt to rob them, Los Angeles police Officer Jeff Lee said.

It appeared some kind of event was happening at the property where the group was, Lee said.

All three of the people at the home were shot, and one of them returned fire, striking two of the robbers, authorities said. The gunmen then jumped into a car and fled the scene.

The three people shot at the home were taken to a nearby hospital. One, a man in his 60s who is believed to be a security guard, was in critical condition, Lee said. The other two, described as a man in his 40s and a man his 50s, were stable.

Meanwhile, police caught up with the men who fled near Santa Monica Boulevard and Doheny Drive in Beverly Hills, where one man was pronounced dead, Lee said. A second suspect suffering from a gunshot wound was taken to a hospital and was stable.

The third man, who had not been struck by gunfire, was taken into custody, police said.

It is still a “very active scene,” Lee said, and more information will be released as the investigation continues.