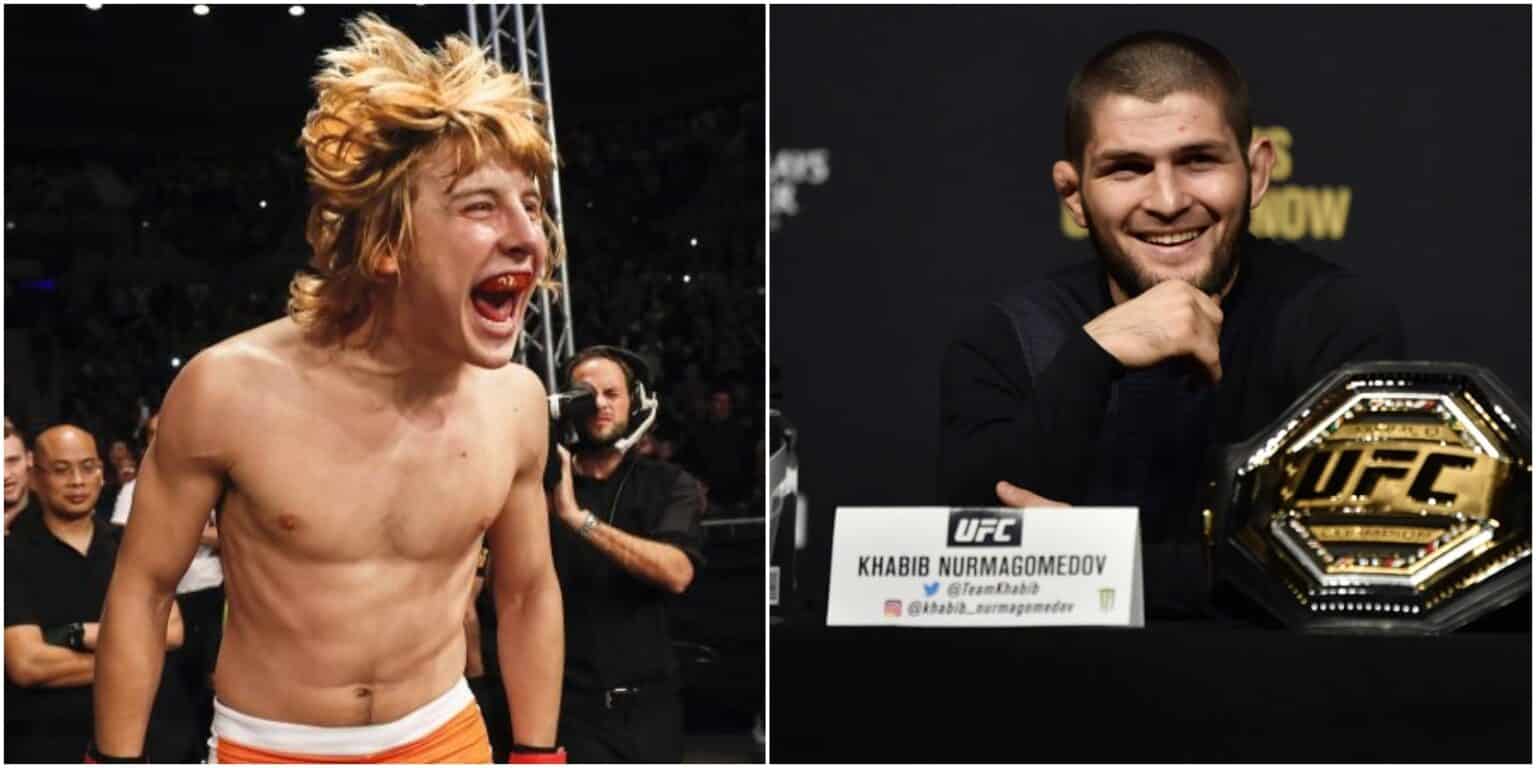 Debuting in the promotion following years of speculation regarding his move, Liverpool native, Pimblett meets with Brazil’s, Luigi Vendramini, off the back of a pair of opening round wins over Decky Dalton and Davide Martinez.

Featuring beneath fellow Liverpudlian, former welterweight title challenger, Darren Till on the September 4. UFC Apex facility event, Pimblett had some thoughts on the aforenoted, Khabib claiming that his fanbase are worse than those who support former two-weight gold holder, Conor McGregor.

“Yeah, it’s just an opinion, lad,” Pimblett said during an interview with Submission Radio. “The way that I explained it is, opinions are like arseholes — everyone’s got one. So, you’ve just got to get on with it, haven’t ye? Like, the Khabib (Nurmagomedov) fans online are worse than the Conor (McGregor) fans now. It’s embarrassing. You can’t say a bad word about him. I said that he’s not the GOAT, but said that he is the 155 GOAT, and people took no notice of that just, ‘Oh, you said he’s not the GOAT, this and that’. I started getting called a Muslim hater because I said he wasn’t the greatest of all time. And he’s not. I don’t care what anyone says, he’s not the GOAT. You’ve got to have longevity in this sport to be the GOAT, and he hasn’t had longevity. He had three title defenses. Jon Jones has had what, 12?”

Pimblett then claimed that Khabib was the ‘Karen’ of professional mixed martial arts when the devout Muslim asked for marijuana to be removed from the set during a recent HotBoxing interview with former boxing world champion, Mike Tyson.

“He’s (Khabib Nurmagomedov) become the Karen of the MMA scene, ain’t he?” Pimblett said. “See him on the podcast with Mike Tyson the other day? He’s going, ‘Can you put this fast food away and this weed?’ No, lad, it’s his (Tyson’s) podcast. he’ll do what he wants. Shut up. You’ve been invited on as a guest, lad, do as you’re told, you divvy.“

Holding a 16-3 professional record, Pimblett has bested the likes of Kevin Petshi, Teddy Violet, Julian Erosa, as well as the aforenoted, Dalton and Martinez.

UFC Vegas 35 takes place on September 4. from the UFC Apex facility in Las Vegas, Nevada — with a middleweight main event between the division mainstay, Derek Brunson and Pimblett’s aforenoted compatriot, Till slated for the showcase.