How week one of the preseason affects fantasy draft boards

Although not only about the New Orleans Saints, this season will bring a series of articles detailing the ever-changing fantasy football landscape. These changes hold especially true for preseason football. This is prime draft season and how teams utilize their talents can change perspectives quickly. After the first full week of preseason football, these are some of the risers and fallers on fantasy football draft boards.

The Denver Broncos wide receivers should all be elevated in upcoming drafts. Courtland Sutton, Jerry Jeudy, K.J. Hamler, and Tim Patrick were not the question marks about the Broncos offense. The issue was who the quarterback would be and what kind of production they would allow. If the first game of the preseason is any indicator, the receivers are in good shape going forward. Both Drew Lock and Teddy Bridgewater were efficient on the field. Lock completed five of his seven passes for 151 yards and two touchdown. Bridgewater went seven-for-eight for 74 yards and a touchdown. It seems that whoever wins the job should be able to get the ball to the plethora of Bronco playmakers out wide.

When the Jacksonville Jaguars drafted Travis Etienne, there was worry about how James Robinson would fit into the new Urban Meyer offense. Some of those worries were calmed in week one of the preseason. James Robinson actually got the start for the Jaguars and had more touches than Etienne. Robinson was on the field for seven snaps while Etienne played five. Etienne only rushed the ball a single time while Robinson rushed three times. If this is how the splits will go in the regular season, Robinson’s value is safe. Robinson’s average draft position has fallen in the last week. Take advantage of this drop and take Robinson if the right opportunity arises in round five or lower. 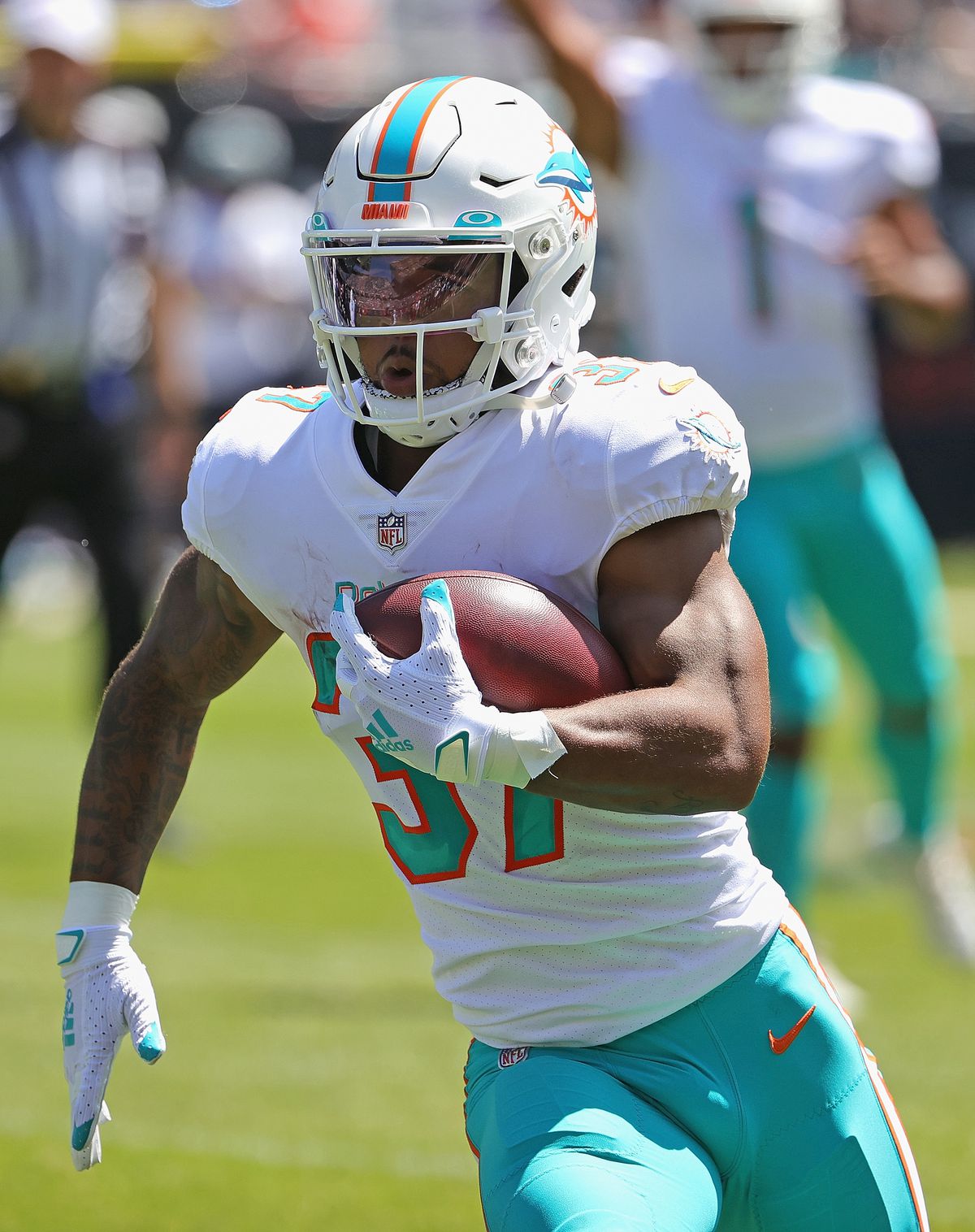 Several starters did not see the field in week one, but of those that did, two running backs fantasy stock fell. The first is Myles Gaskin. Gaskin was the feature back for the Miami Dolphins last season. This season, it seems that Gaskin is already suffering from Miami’s addition of Malcolm Brown. In Miami’s first preseason game, Brown got the start and played 12 more snaps than Gaskin. Salvon Ahmed also saw more action than Gaskin. Gaskin’s average draft position at running back 22 and should be falling soon. The backfield also took a hit when head coach Brian Flores stated that the team would employ a split backfield and “keep working all three guys.”

Another running back’s fantasy value that took a hit was David Montgomery. Montgomery was the primary back for the Chicago Bears last year but that is not the case so far of 2021. The Bears added Damien Williams in the off-season and he got the majority of the snaps with the first team offense in week one. Williams played 12 snaps to Montgomery’s one. This is not necessarily a time to immediately panic, but this will be a situation to watch going into week two games. If drafting this week, it would be difficult to take Montgomery over running backs with proven roles like Chris Carson, Josh Jacobs or J.K. Dobbins.