Racing, Fishing and Dixie Vodka with Cole and Tony

Drinking & Fishing with the Boss! 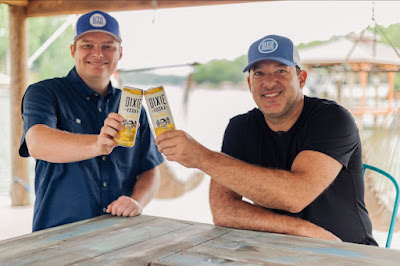 One of the highlights of the new line of Dixie Cocktails is Tony’s Tea. A delicious combination of award-winning Dixie Vodka, lemonade and ice tea, Tony’s Tea is not only Tony Stewart’s favorite, but also the perfect refreshment at the track, on the lake or wherever your adventures take you.

The new lineup of Dixie Cocktails will be hitting store shelves in select markets in August. In the meantime, stock up on all the core Dixie flavors to ensure the rest of summer is spent with The South’s Best Tasting Vodka close at hand!

Swing into your local liquor store or order online through Passion Spirits. Use code TGIS15 for 15% off your order. Click Here to purchase online.

Launched in 2014 and based in Charleston, SC, Dixie Vodka was established with the simple mission of creating an all-American premium craft vodka that represents the best of Southern flavor, craftsmanship and hospitality. With six signature flavors – including its flagship Southern Original, Black Pepper, Citrus, Mint, Peach and Wildflower Honey – Dixie Vodka partners with local farmers across the South to infuse regionally cherished ingredients into its award-winning products, each of which is six-times distilled from American corn. In 2020, Dixie Vodka was ranked the ninth-fastest growing spirits brand in the United States by the Beverage Information Group and remains the largest premium craft vodka produced in the Southeast. In partnership with the Southern-raised sport that transcends regional boundaries, Dixie Vodka is proud to serve as the Official Vodka of NASCAR, the title sponsor of the Dixie Vodka 400 at Homestead-Miami Speedway, and the Official Vodka of Stewart-Haas Racing, Tony Stewart Racing and the All Star Circuit of Champions.
*The Rising Star Award is given annually by the Beverage Information Group to the industry’s fastest growing brands. 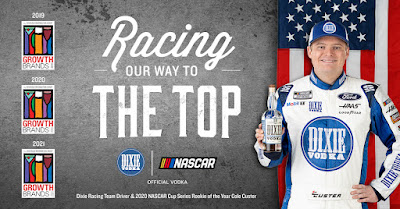