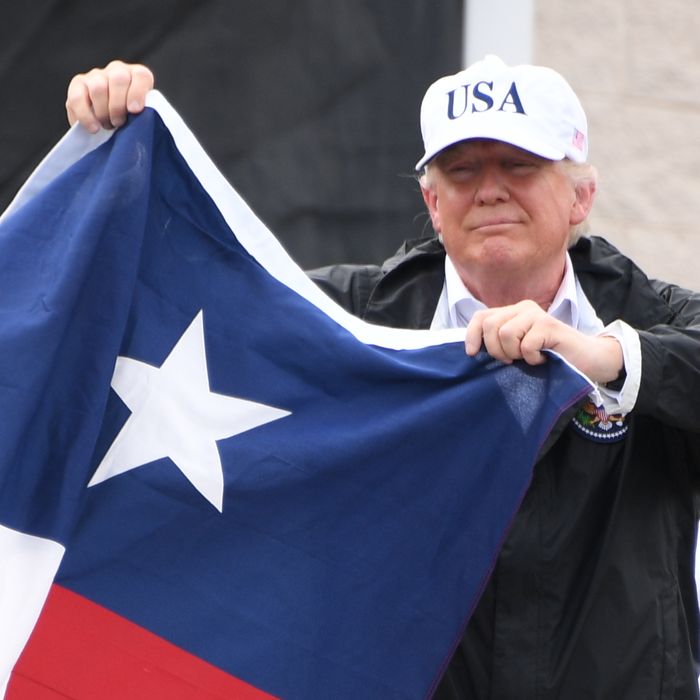 Donald Trump had a bad day on Tuesday. It wasn’t the emotional and gut wrenching testimony from the police officers who defended the Capitol from the MAGA mob on January 6 — that was priced in. Instead, Trump backed the wrong candidate in a Republican vs. Republican special election for Congress in suburban Fort Worth, Texas, a remarkable humiliation for the former president who had an almost-perfect record in Republican primary endorsements when he was in the White House.

Trump had given his blessing to Susan Wright, the widow of two-term incumbent Ron Wright, who became the first sitting member of Congress to die of COVID in February. Wright, whose last vote before getting sick was to overturn the 2020 election, represented a traditionally Republican district in suburban Fort Worth that had become more marginal in the Trump era.  His death sparked a special election free for all where the top two candidates would advance to a runoff, which eventually saw first-term state legislator Republican Jake Ellzey face Wright after Democrats could not coalesce around a single candidate.

The Trump endorsement seemingly made the race sleepy. Wright was the widow of the former incumbent and backed by the most popular Republican in the country, Trump sent out several statements on her behalf, did a tele-townhall on the eve of the election, and his PAC even made a last minute ad buy. What could go wrong?

It turns out plenty. Wright ran a lackluster campaign that fellow Republicans derided: She was outraised by Ellzey and relied heavily on outside spending by Club for Growth than her own efforts. The Club for Growth ran such a bitterly negative campaign against Ellzey that it prompted several prominent Republicans, including rising star Rep. Dan Crenshaw, to endorse him in solidarity.

Although the two candidates have minimal ideological differences from a national standpoint, the Trump endorsement also made Ellzey the candidate favored by Democrats in the special election, which was reinforced via text messages from the underdog Republican’s campaign.

It’s the first time a Trump-endorsed candidate lost a Republican primary since Madison Cawthorn beat out Lynda Bennett in North Carolina in a safe red district in June 2020. Bennett was a close ally of then-Trump chief of staff Mark Meadows. However, that loss occurred while Trump was the leader of the free world with an unparalleled social media megaphone; it simply registered as an aberration. This defeat happened as Trump has become a (somewhat) more diminished figure in the aftermath of his election defeat and the conspiracy theories that followed.

The embarrassment is also reinforced by the circumstances under which it occurred. It was a low-turnout election held in the dog days of summer that provided little reason for partisans to show up at the polls and created a scenario where just enough spiteful Democrats could act as spoilers.

But the argument for Trump’s continued relevance in American politics is that he still commands a committed base of support that would crawl over broken glass for him. This may still be true if he is on the ballot but, if his chosen candidate can’t win a Republican vs. Republican runoff in Texas, it raises questions about how motivated that base is otherwise.