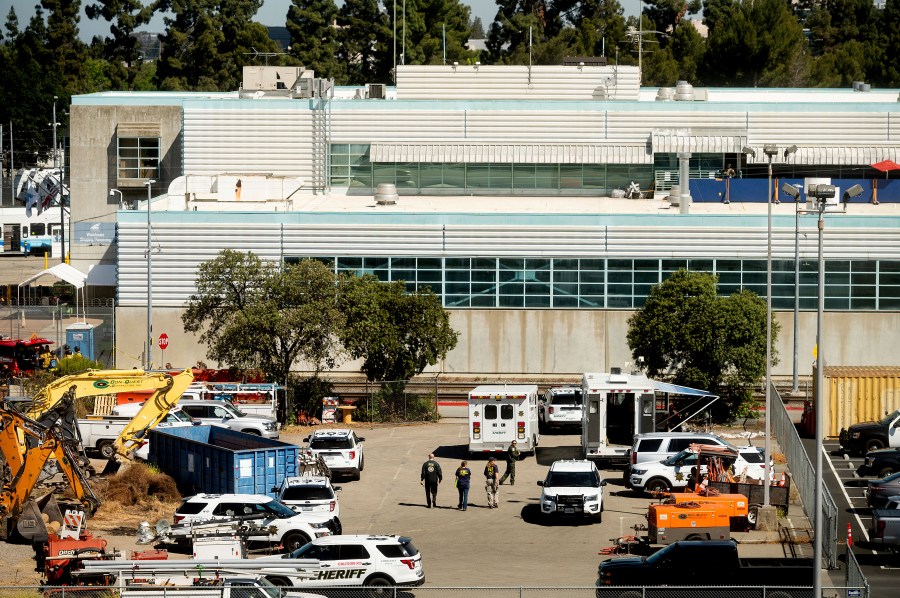 A gunman who killed nine co-workers at a California rail yard in May harbored “dark thoughts about harming” two specific people, according to a report by customs agents who questioned him upon his return to California from a trip to the Philippines in 2016.

The two names were redacted from the report released Wednesday by U.S. Customs and Border Protection after a Freedom of Information Act request from the Bay Area News Group, the Mercury News reported.

It is unclear if the two people were among the shooting victims or connected to the Valley Transportation Authority, where on May 26 Sam Cassidy, 57, carried out the deadliest mass shooting in Bay Area history.

The report raises new questions about why federal customs agents at the San Francisco airport appear to have never informed the VTA or local law enforcement just 35 miles (56 kilometers) away about what the agency labeled a “Significant Encounter” with Cassidy.

Santa Clara District Attorney Jeff Rosen said Wednesday that he had received a copy of the redacted report last week.

“I remain deeply troubled that something could have been done to identify or stop the man who cut down and destroyed so many lives,” Rosen said. “I am meeting with federal and local officials in coming weeks to address this issue. Sharing information saves lives.”

Customs and Border Protection did not return calls Wednesday morning for further explanation of why agents didn’t pass the information about the encounter with Cassidy to local authorities or the VTA.

Customs agents spent two hours questioning Cassidy and searching his luggage, phone and digital camera on Aug. 8, 2016, when he returned from a two-week solo trip to the Philippines.

The report shows that the agents appeared to spend more time examining whether Cassidy had traveled abroad for “sex tourism” — noting the “sex friendly” hotels he listed in his writings along with text messages with local women — than the memo book in his luggage that expressed his hatred of the VTA.

Agents asked Cassidy “if he had problems at work with anyone, and he stated no.”

Had the agents at SFO alerted the VTA or local law enforcement, California’s “red flag” law could have come into play, allowing local authorities to cite the report to obtain a gun-violence restraining order, for instance, to temporarily seize firearms while authorities assessed whether Cassidy posed a public danger. They also could have also used the information to conduct an independent evaluation of the photographs in Cassidy’s phone or camera.

Ron Popeil, the hypnotic TV pitchman Ron Popeil made a fortune hawking such offbeat yet oddly clever contraptions as the Veg-O-Matic and Mr. Microphone,...