Little League World Series viewers have likely noticed by now something about the catcher from Texas that differentiates from the rest of the players on the field: a pair of pigtails.

Here’s what you need to know about Bruning:

How old is Ella Bruning?

Bruning is 12 years old. The Little League World Series only allows 11- and 12-year-old players into the tournament, as of 2019, when it officially prohibited 13-year-olds from playing on teams in the field.

When Wylie faced off against Washington in the teams’ first game of the tournament, Bruning reached a milestone that few have ever achieved: She finished the 6-0 win with two hits and a run scored, becoming only the third girl in LLWS history to have a multi-hit game.

She was also only the seventh girl to record a hit in a game.

“It felt really good, because it wasn’t expected, because I’m not the best hitter. Those were my first two hits of the season,” Bruning said after the game. “Don’t tell anyone.”

There’s not a long track record of girls catching in the Little League World Series, either. Krissy Wendell in 1994 was the first girl ever to play the position in the LLWS. Russia’s Tatiana Maltseva is the most recent girl to suit up behind the plate, when she did it in 2001.

Bruning’s exciting LLWS debut has earned her praise from another history-making baseball player. Mo’ne Davis, who became the first girl to win an LLWS game on the mound back in 2014, said that it has been a cool experience to see more girls playing in the baseball world series, according to USA Today.

“Now in 2019, and even having Emma March during the year I was playing, constantly seeing more girls play, I feel like it’s becoming more normal, and they’re going out and they’re holding their own,” Davis said. “It’s cool to see (Bruning) doing such great things. I’m cheering for her and hoping that she makes it a fun tournament and really hoping that she enjoys it, because it’s such a fun experience.” 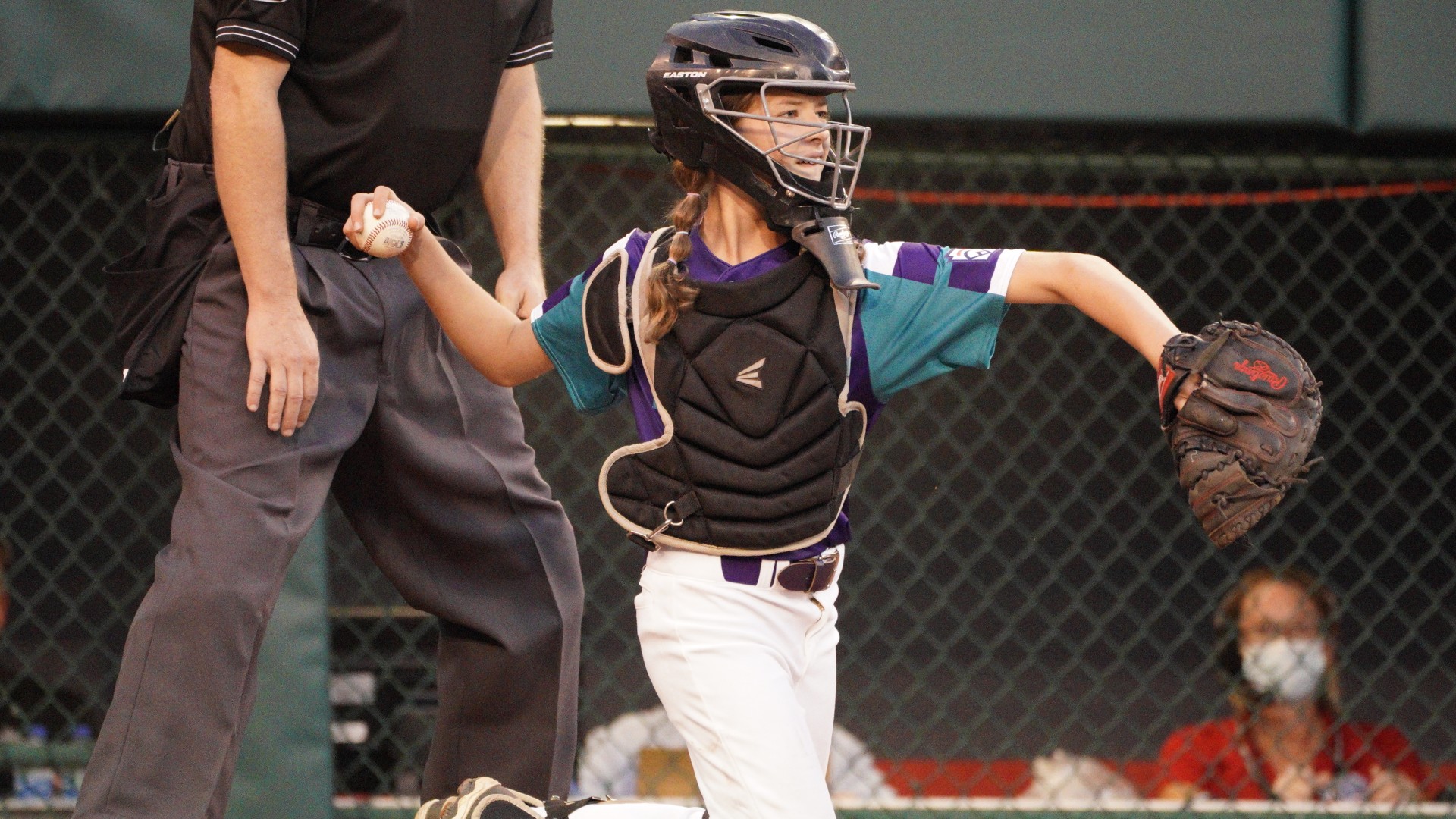 Bruning told USA Today that when her younger brother Dillon watched the LLWS in 2014, she had fun watching Davis pitch.

That might explain why, in addition to catching, Bruning has some experience helping her team on the mound. The USA Today report said Bruning became the first girl to pitch in the Southwest regional championship.

And like Davis, Bruning has also spent time playing softball. USA Today reported that Bruning had been playing for a local softball team, but passed on competing in the All-American Tournament to be with Wylie and help the team reach the Little League World Series.

But as long as she’s in Williamsport, expect to see Bruning behind the dish. She has exhibited her ability to block pitches in the dirt and show off her arm strength, which has drawn praise even from MLB.